Nerve-wracking win for Team Prudential Forth Valley at the Harvester 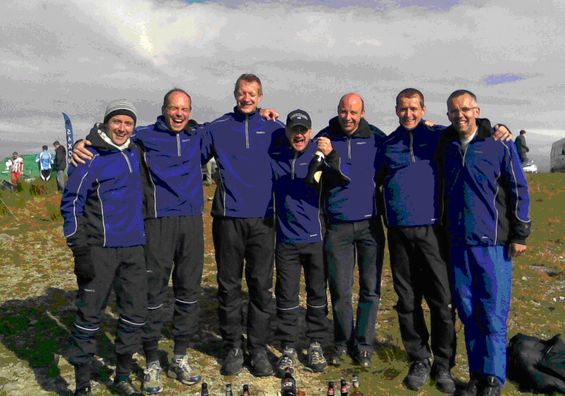 At 7.05am on 21 June, just over eight hours after the start, Ross McLennan came flying down the hill from the final control and was joined on the run-in by the rest of our team - to cross the finish line at Merthyr Common in south Wales together and take the Harvester Trophy title for Team Prudential Forth Valley.

The event was held on an area of extreme technical difficulty, with a plethora of large limestone depressions scattered across an often vague hillside with virtually no line features - challenging enough in the day let alone at night.

The competition was worthy of the area with Prudential Forth Valley and South Yorkshire head to head from the end of leg two onwards, first one team then the other taking the lead, sometimes by as much as five minutes, but always finding themselves close together at the changeover and within 30 seconds at the end of legs four, five and six.

On the seventh and final leg of 13km, Ross had the lead at the first spectator control but a miss on the next loop saw the two teams together again at the second spectator control just five minutes for the future. However he powered away up the hill to pull out a small gap on South Yorkshire and to our delight and relief soon reappeared back in sight at the final control with a 30 second cushion to take the win.

This was FVO's first ever win at the Harvester after many years of trying - congratulations to the team of Fraser Purves, Steve Barrett, Marcus Pinker, Jason Inman, Roger Goddard, Jon Cross and Ross McLennan - they definitely earned their early morning glass of champagne! 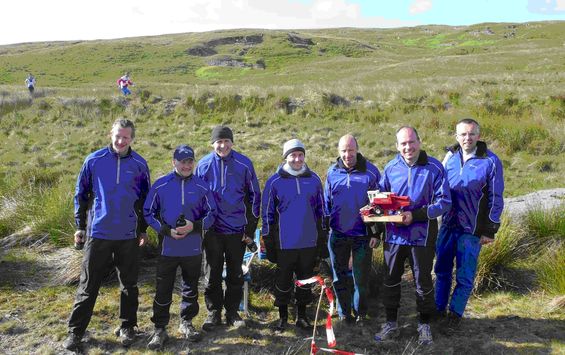