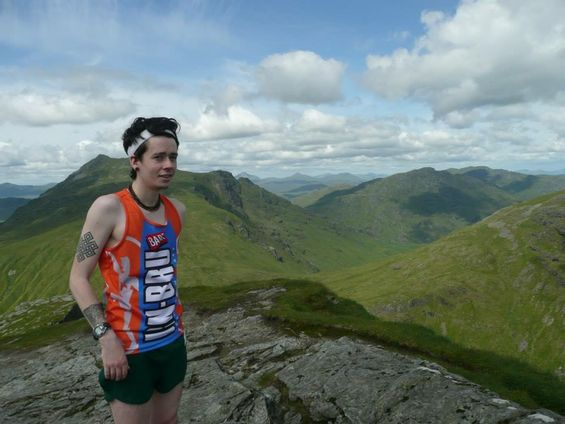 Some of you may already have heard the sad and shocking news of the death this week of Tom Ryan at just 22 years old. Tom was a much-valued club member of Forth Valley over the past four years, and will be hugely missed - our thoughts are very much with his family for their loss.

Tom joined FVO in 2010 while he was at Stirling University, and with his great passion for training and desire to improve, was soon a virtual ever-present at our training sessions and a key member of our team for the big competitions.

His very first competition for Forth Valley was a brilliant run in the JK Trophy relay in 2010, bringing us right through the field to 4th place after two legs. Later that year he helped us to second place in the Harvester Relay and to a win in the Compass Sport Trophy Final, as well as anchoring the FVO team that made the trip to Finland's vast Jukola relay. Tom continued with some great results, both as a runner and an orienteer, and was an important contributor to the Scotland team at the Senior Home International competition.

Tom's work ethic for training while he was based in Stirling was outstanding and inspirational, and he was always also a thinker on the theory of training for endurance running, often with strong and well thought out views on a particular approach - the training miles could pass very easily as we debated the merits of some of those views!

When Tom moved back to Edinburgh we were delighted when he said that he was enjoying being a member of FVO and would continue competing for us. He was as good as his word and in June this year, even carrying an injury, he was as usual ready to contribute to the team and to travel all the way to southern England to help out the Forth Valley team for the overnight seven-person Harvester Relay.

It is tough to think that will have been Tom's last relay in FVO colours but it was a fitting one for keeping in the memory - the Harvester was Tom's favourite British race, and he did himself proud, giving everything on his leg of the relay and even leading the entire race for a while. I know he relished that race and experience, just as we enjoyed sharing it and many others with him as a team-mate. We will miss him. RIP Tom.