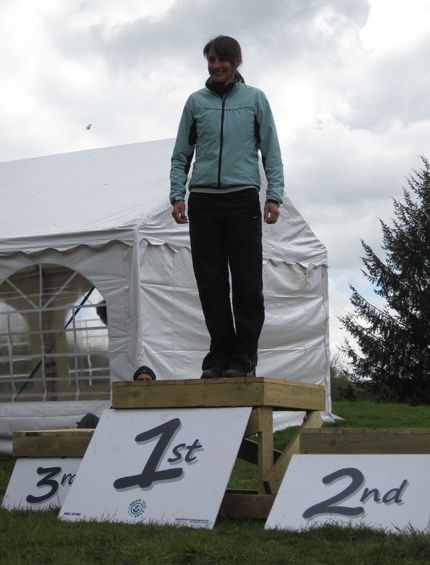 There were some great results for Forth Valley Orienteers at this weekend's Scottish Orienteering Championships down in Dumfries and Galloway.

The individual championships were held on the testing Craigengillan Estate near Loch Doon, over rolling open moorland, pock-marked with small cliffs and boulders, under blue skies and a fierce early summer sun. The warm conditions dried out marshes and lessened tussocks, allowing for impressively fast times at the front, but challenging runners to maintain fluid intake and not succumb to dehydration or even, possibly, heatstroke.

A number of classes were won - and lost - on a crucial, long route-choice leg. The question posed: run the long way round a large ravine and river that split the map in two, or chance the straight-through down and up route, over a devilish-to-spot little bridge? Perhaps because of the hot conditions, several runners went for a third, high-risk option - swim the river! The river marked as River, Do Not Cross. Thankfully, although a fearsome torrent at its worst and a strong current at its least, all made it across successfully - and more refreshed than if they'd taken those other options!

There were many FVO runners who overcame these challenges with aplomb, including Pierre Lardet storming to victory in the M10A class, just pipping clubmate Jamie Goddard, who was close behind in second.

Jamie's dad, Roger, showed him how it is really done though, with a dominant eight minute victory in the M35L class, while, on the same course, Fraser Purves stormed round to take the M40L title.

Meanwhile, in the ladies W50L class, Hazel Dean showed her customary ability, winning by nine minutes and beating all the younger W45s on the same course to boot.

There were too many great runs to recount, but Individual podium results are shown below: