2013 and The Magnificent Seven! 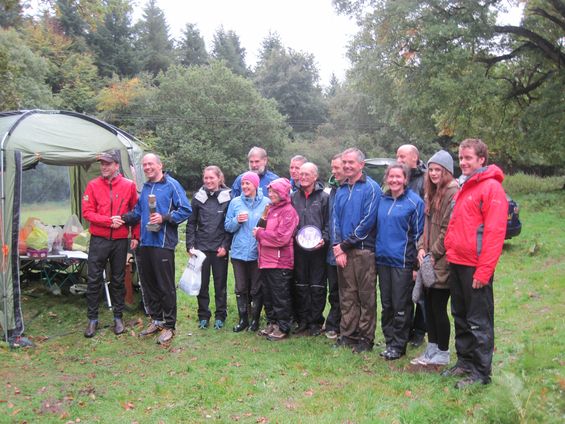 Great news from the Forest of Dean where Team FVO have made it a fantastic seven wins in a row at the UK's national competition for small clubs, the Compass Sport Trophy.

This year it looked very challenging to retain our title, with a long journey to the final, a depleted team, and several other clubs sending strong teams.

A very close contest was anticipated but the FVO runners rose to the occasion magnificently with some excellent performances, guiding us to what in the end was a clear win ahead of Scotland's other representatives, Roxburgh Reivers, with local team North Gloucester in third.

Particular mention should go to Jamie Goddard and Jessica Mather, who boosted our point total brilliantly with second and third on their courses - a great effort by Jamie on his first solo Orange course.

It is not all about the scoring runners though - there were notable contributions also from all our other runners who with their own high finishes put a big dent in the points scored by runners from our competitor clubs. So great work too by Jon Marsden, Brad Connor, Gary Longhurst, Beccy Osborn, Dawn Goddard, Marie Claire Shankland and Brian Bullen - it was very much a team effort and a team victory.

Only one club has won the Compass Sport Trophy more than three times. Forth Valley have now won it ten times in total! That is a great statistic and one that many many members have contributed to that over the years - it is a true club achievement and one that we can all take pride in - well done everyone!