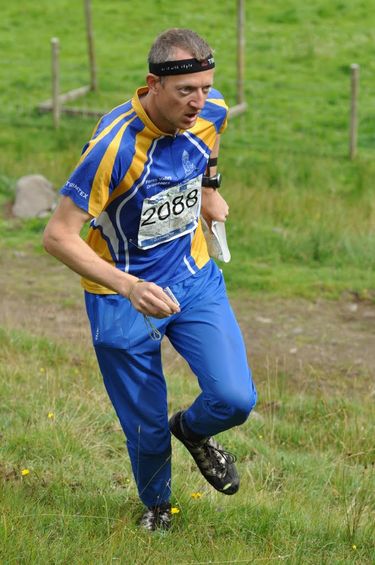 This report details another successful and enjoyable year (2013) of orienteering for FVO.

Once again the club proved that it is the best small club in the country by winning the Compass sport trophy for the 7th year running. This was especially impressive given the long distance to travel to the Forest of Dean which limited the numbers for the team. There were also notable team performances in the relay competitions including; winning both the 11 man relay and the Scottish score champions, 4 silver medals at the JK and silver in the men’s Open at Scottish championships. The men’s team also came second in the UK Relay league for the season. Hopefully we can go one better in our relay results next season with all golds! Most outstanding individual performance through the year was recognised at the dinner dance with Lizzie Stansfield awarded athlete of the year for her domination of her age class. Daniel Stansfield received most improved junior athlete of the year for gaining entry into the talent British team and representing Britain at the European Youth Championships. Other notable performances included Claire Stansfield third at the world schools and Jason Inman winning M40 in the founding year of the UKOL. At the 6-days we had a massive turn out with good performances across members. Congratulations and thank you to everybody contributing to this success.

2) Organising quality events, with great maps, planning and organisation which are really good value for money

The majority of the club membership enjoyed the very runnable Moray Coast sand dunes (and the slightly tougher days inland) at the 6 days. Thank you to Gareth and David for organising a fitting finale to the week and Brian for planning great courses. Thank you to everybody who helped and, as always, made things seem effortless.

Earlier on in the year FVO hosted two of the UKOL events and SOL, at Tulliallan and Trossachs. It was great to see recently that the Trossachs has been ranked by British Orienteering as one of the top 10 areas in the country, not surprisingly for its toughness and orienteering challenge. The Rannoch weekend, in August, was very successful, and it was great to recognise the landmark of FVO reaching 40 years. What a pleasure it was to have our founding members along. Thank you to Ted, Val, Brian and Sue for attending. It's pretty amazing that FVO can boast having two IOF presidents (Brian and Sue) in its membership! Thank you to Trevor, Jason, Ted, Dave and Louise, instrumental in a successful weekend. I'm a fan of the Purple Thistle low key style, which helped to reduce manpower to put on the event.This event highlighted the importance of the discussions on land access and permissions, with it difficult to gain access due to Capercallie earlier on in the year. We are awaiting changes to how we engage with the forestry commission going forward, with discussions lead by SOA. FVO was also the first club in the UK to trial touchless punching and help the WOC 2015 organisers investigate the technology. I would like to thank all the organisers, key event officials and helpers.

We continued to provide multiple local events, including the Wednesday Evening Series and night series. Thank you to Peggy for her efforts on promotion and organisation of the WEE series, and also to Martin for organising another great night series. This year we shortened the WEE series and replaced with Come & Train series, which has been well attended. Jen has also introduced skills certificates to help track progress, which helps to structure coaching. Thank you to Jen, Rona, Ben, David and Hazel for coaching support during the year. The FVO Dinner Dance at the Victoria Halls was another superb evening, with thanks to Louise and Jan.

4) Looking for opportunities to promote the club and attract new members The WEE Series during the summer and the training events in the autumn helped to promote the club to non-members. It is always difficult to attract potential members from other sports. Jen has worked on the communication process for new member and we have 7 new members as a result. Ross has developed a marketing plan for the club which we will look to implement during 2014, but needs input from members to ensure we have news items to publish. We certainly have lots of success we can shout about. One area of focus will be to improve our web site particularly for new members

The treasurer’s report outlines that the finances are in solid shape, with cash book balance of £9127 which is safely above our stated target contingency of £5000. The increase in funds was driven from higher income and no mapping costs for the year. We did however update Sauchie and Rannoch through members mapping. We are investing in a re-survey of South Achray estimated at £2500, a re-survey of Beecraigs newly acquired from LINOC (now ceased as a club) and a smaller new WEE area in the Stirling area early in 2014. In addition, Jason Inman our mapping officer has been working with SOA to gain access to LIDAR data which will make mapping the shape of the terrain much more accurate and cheaper than traditional techniques and this is looking to be used for a re-survey of Dumyat. The club also subsidised the Compass Sport Trophy qualifier, finals and relay events and athlete support worth £1329.

Reflections on the year and year forward...

So once again we had a great year on performance although not quite matching last year heights. We put on a wide range of local and larger events and socials for the club, which helps to promote a very active membership base. The other key achievement for FVO was reaching the landmark of 40 years and it was great that we spent time celebrating and marking this achievement. In contrast there was sad news of the passing of two of our members. Caroline Smilie died in Stirling Community hospital in May 2013 aged 81 years. Caroline was a key contributor to the club for 30 years. We also lost Tom Ryan at just 22 years old. Tom was a much-valued club member of Forth Valley over the past four years and he will be hugely missed - our thoughts are very much with both families for their loss.

Looking forward into 2014 there is lots of activity planned for the year, with FVO hosting the Compass Sport Trophy / SOSOL round in February, hosting a day at the Castle Sprint races in the Autumn, and have the WEE series planned.

I am very much looking to this seasons races and opportunities for socialising at the main and local events this year.

Finally, I would like to personally thank the committee for their hard work, and our members for their continued input and energy throughout the year.