After some close racing at the British Championships Relay at the Cragg Estate, Forth Valley's ladies squad was crowned 2014 UK Relay League Champions. This was a fantastic result and the first time the club has ever won this prestigious competition.

The UK Relay League, which was started in 1998, is an annual league contested over the UK's premier orienteering relay races: the JK, Harvester, Scottish and British Relays.

The Women's victory was made possible by a first ever victory in the Harvester overnight relay, combined with a strong win over Edinburgh University at the Scottish Championships and finally a solid third at the British Championships. Throughout the season, team runners were Fiona Berrow, Janine Inman, Fanni Gyurko, Roz Hussey, Hazel Dean and Frances Brown.

Fiona Berrow, who ran in all four races for the successful team said, "It's great to finally win it - I can't believe FVO haven't won it before! It was exciting going into the final race at the British Champs knowing we had a good shot at it and satisfying that we took advantage of that opportunity."

Meanwhile, in the men's competition, Forth Valley finished a tantalising second for the third year in a row. Club Captain, Jon Cross, said, "It was a valiant effort from the guys, including a dominant victory in the Harvester, but ultimately Interlopers proved just too strong for us. There's always next year though, especially if all our top runners can stay injury free! And I'm so proud of the ladies team - they put in some terrific performances and really deserve their victory." 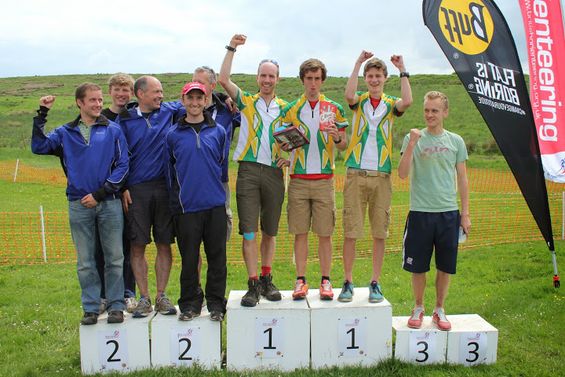