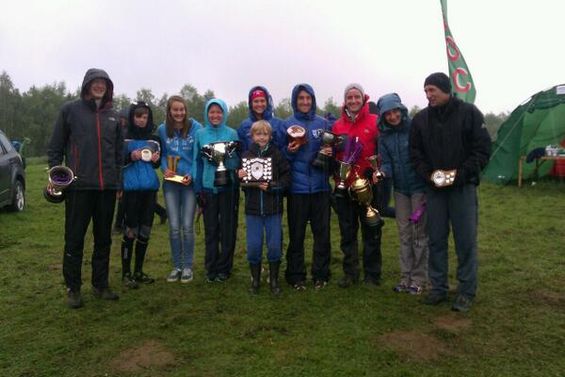 FVO saw more success at the Scottish Championships which took place at Dalnamein in Highland Perthshire on 24 May.

The weather was fine and the terrain provided a true test of an orienteer's abilities, with beautiful, runnable open forest, some thicker, tougher sections, all surrounded by a contrasting area of intricate open moorland.

Star of the day was FVO's British Number 1, Graham Gristwood, who took a strong overall victory in the open category, ahead of fellow international athlete Murray Strain, from Edinburgh. Graham said of his run, "Gorgeous forest and deceptively tricky moorland. Was fairly clean, compared with others at least!"

There were a number of typically classy performances from a variety of FVO runners. FVO's 2014 Scottish Champions are:

Meanwhile, in the relay competition on Sunday 25 May at Newtyle Hill, near Dunkeld, FVO's Female Flyers team of Fanni Gyurko, Janine Inman and Fiona Berrow ran extremely well to take the victory in the women's open class against strong opposition from Edinburgh University.

The day finished with a fantastic sprint finish which resulted in a 2 second victory for FVO's junior team of Grace Molloy, Ben Parkinson and Clare Stansfield.

Full results and analysis on the Scottish Championships website. 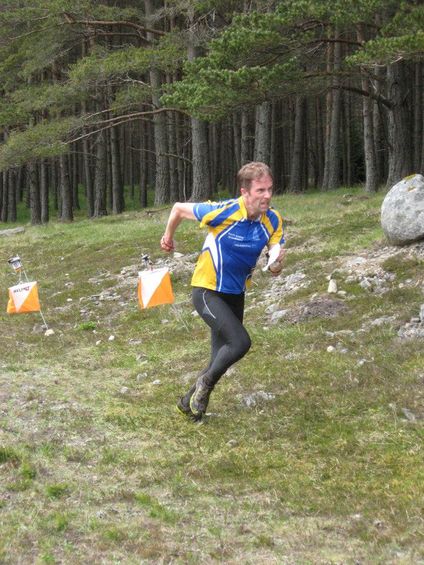 Mark attacking the finish run in