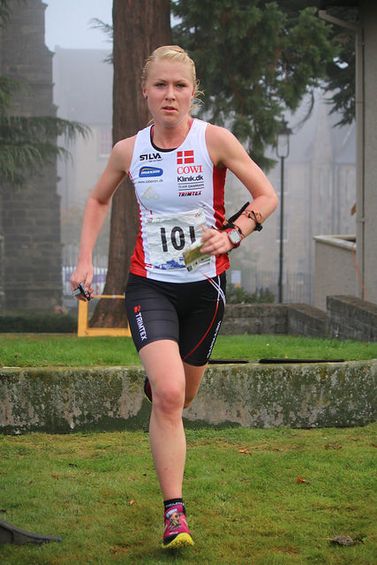 On the atmospherically misty morning of Sunday 12 October, Stirling was home to some amazing action from the world's top international orienteers.

Stirling, and the Race the Castles Park World Tour race featured the unique setting of the first few controls inside the castle. Any idea that this was a tourist gimmick was soon dispelled as the courses twisted through the intricate detail of the halls and battlements. There was no let up in town, with two critical route choice legs and some intricate control picking at the end.

Ladies first again at the second World Ranking Event of the weekend, with Maja Alm and Emma Klingenberg from Denmark renewing their rivalry. Running within a few seconds of each other, finishing two minutes clear of the field as the lead changed hands repeatedly. With three to go Klingenberg seemed to have the edge, then, to gasps from the spectators watching on the screen, she ran into the gaol rather than the youth hostel where she'd stayed the previous night. Alm was taking no prisoners, grabbing her second victory by an ultimately comfortable 30 seconds. Hollie Orr was comfortably "best of the rest", collecting Britain's only medal over the weekend.

Once again, the men were more error prone. By the first control Oystein Kvaal Osterbo, winner of the previous PWT in Perth, Hector Haines and Rasmus Hansen had already lost 30 seconds. Leg 3 was a classic. One super-fast route along the battlement, one slower route through the halls, and two promising looking options which led to dead ends. Edinburgh winner Yannick Michiels from Belgium lost over a minute here, and of the top athletes, only Danes Soren Bobach and Andreas Boesen, along with England's Dave Schorah nailed it, the three of them leading until the final Castle control where careful map-reading was required to identify the battlement location. Schorah fell back here, and the two Danes led out into the town. Behind them, Swiss megastar Daniel Hubmann was on a charge, clawing back those 30 seconds lost at 3, and on the long route choice over the castle hill he grabbed 15 seconds to pass Boesen and get within 9 sec of Bobach. Then oxygen debt kicked in, two small Hubmann hesitations, but the 15 sec lost is an eternity in elite sprint racing, and Bobach was away for the win. Boesen just held off fast-finishing Austrian Gernot Kerschbaumer, with top Scots Fraser and Strain completing the top 6. 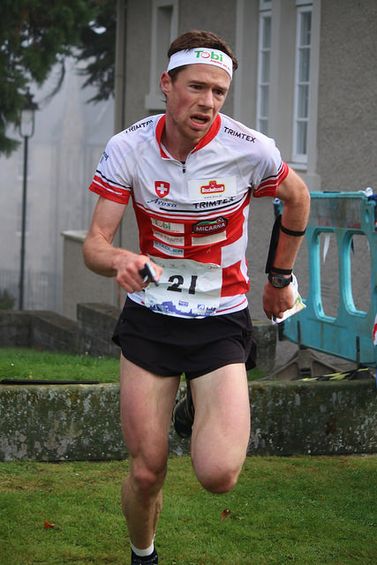