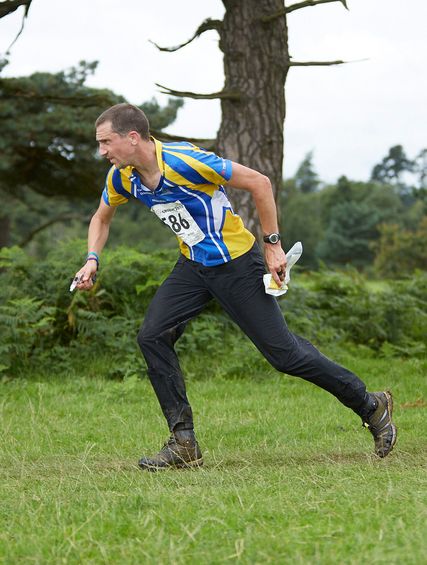 Will Hensman recorded a five minute victory magrin in taking an impressive win in the Compass Point Scottish Orienteering League at Thornhill, Dumfries.

Will handled the 10km course, which featured over 300 metres of ascent on a bumpy terrain, with ease, and consolidated his grip on the top of the M35 class, finishing in 66.40. Team-mate Roger Goddard was 2nd (71.51), picking up his third podium finish in the 2017 league, and continues to head the M40 classification. Brad Connor continued his rich vein of recent form in finishing 2nd in the Short Brown class in a time of 66.09.

Grace Molloy and Clare Stansfield were 2nd and 3rd respectively in the W18 class, Grace's time of 53.03 keeping her top of the age class, while Clare finished with 61.05. Josie Stansfield headed the W45 class in finishing 6th overall in the Short Blue class (55.07). Rachel Hendrie produced her best run of the season so far in taking 4th place in Short Green (43.03). Perhaps the most pleasing result of the whole event however was the return to the forest of Martin Dean, who finished 10th in Green, having missed almost a year of competition with a series of calf injuries. A club spokesman commented "It's certain that once Dixie regains his racing form, he'll be a real threat in his new age classification of M60."