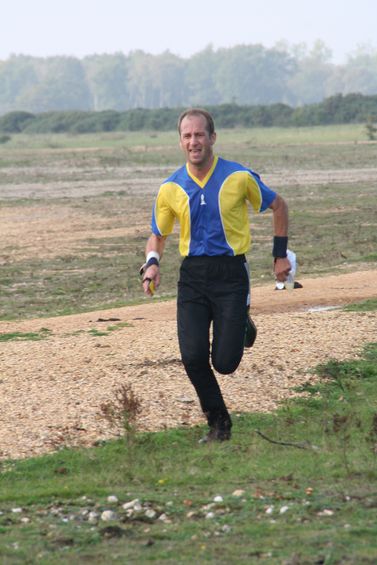 Martin Dean wrapped up the M60S title at the Scottish 6 Days Orienteering Festival with two days to spare, as he took his 4th gold medal of the week. Dixie finished 3 1/2 minutes up on Blair Young (TintO) in an excellent 20.07.

This was just one of 17 medals for FVO on Day 4 at Creag Choinnich, above Braemar. Chris Wood helped herself to her second gold medal of the meeting in W70S (29.25) and is guaranteed at least a share of the overall title. Chris will take the class outright if nearest challenger Inger Lund (Sala OK, Sweden) fails to win the remaining two races.

Graham Gristwood took silver in M21E in 58.10 33 seconds down on Alasdair McLeod (Clyde) with Mark Nixon in the Bronze medal spot (61.55). Having missed the first two days due to international mountain running commitments, GG isn't in contention for the overall title, which unlike the other classes is determined over the entire six day programme. Mark remains in Silver medal position, a tantalising 5 /12 minutes behind Spongey.

Hazel Dean was 2nd in W50L in 50.23, to lead the class after four days, but will be under pressure in the closing stages from Cecila Bratt (OK Orion, Sweden) and Carolyn MacLeod (Grampian) as she isn't entered for the last two days.

Grace Molloy moved into a share of the overall lead in W18L with Fiona Bunn (Thames Valley) with a silver medal perfomance (47.52), but with a pack of athletes in close proximity, this class is unlikely to be decided until the final day.

Ewan Purves' third silver of the week in M16B (38.47) gives him the overall class lead, with two Irish athletes in close attendance, and silver for Rachel Hendrie today (W20S - 39.06) keeps her well in contention for a podium place on Sunday. Similarly, Rory Spenceley's silver in M14B, in 27.41 keeps him well up in quest for the class honours, while Campbell Spenceley stepped up to the mark today with silver in the Yellow recreational class (19.23)

Jason Inman snapped up his second siliver medal of the week in M45L in 51.46 behind German athlete Sascha Dammeier,and will be looking to progress in the final stages of the meet. He wasn't the only member of his family to medal today, as Matthew Inman won the silver medal on the White course (19.41).