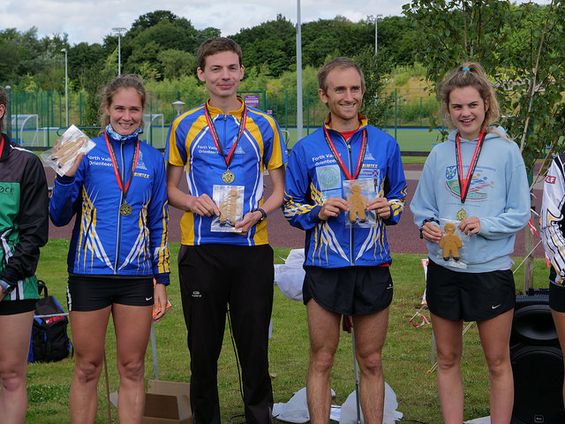 The Mixed Sprint Relay is a new addition to the British orienteering calendar, although Graham Gristwood and Fanni Gyurko won an inagural test event last year over a two runner-two run format. For 2017, the classic World Championships format of four runners, female, male, male and female was adopted, and FVO sent a talented team down to Lancashire to compete.

Fran Brown hasn't been seen much in club colours of late, having been based in Durham for the last three years, but she took well to the opening leg, racing hard to put pressure on GB relay specialist Charlotte Ward, and touch home in 2nd place in 16.19. Graham Gristwood made the breakthrough on the 2nd leg, overturning the lead held by Sheffield University with an excellent 13.55 leg time to open a discernable gap in the field.

The 3rd leg was the most competitive of the day, as GB stars Chris Smithard and Peter Hodkinson went toe to toe round the campus. Although Hoddy had marginally the better split, Chris' time of 14.37 established a 50 second gap back over Nottingham Robin Hoods in second place. Anchor leg duties fell to Fanni Gyurko, and she was never challenged, rocketing round in 15.18 to leave Nottingham and Sheffield trailing in her wake.

Plans are already in place for the 2018 championship, with a possible alignment with the individual British Sprint event. 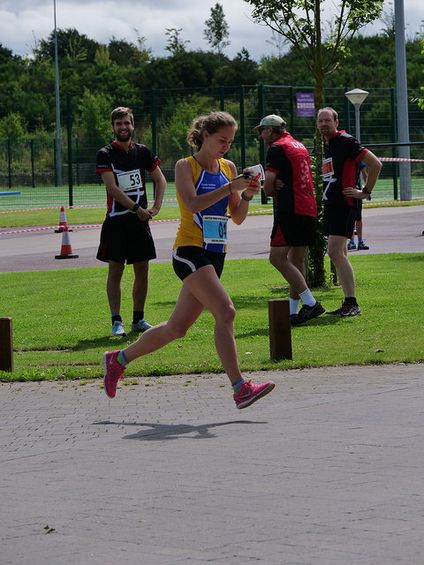 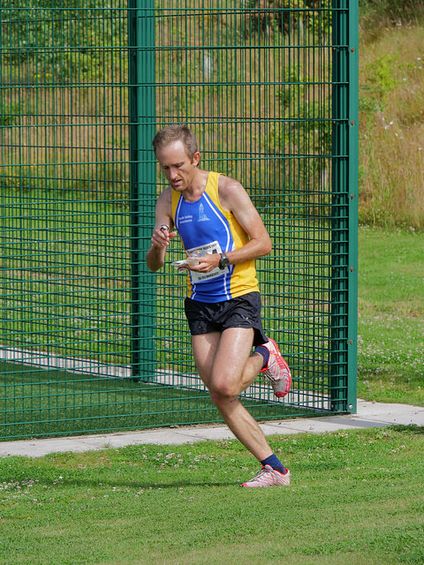 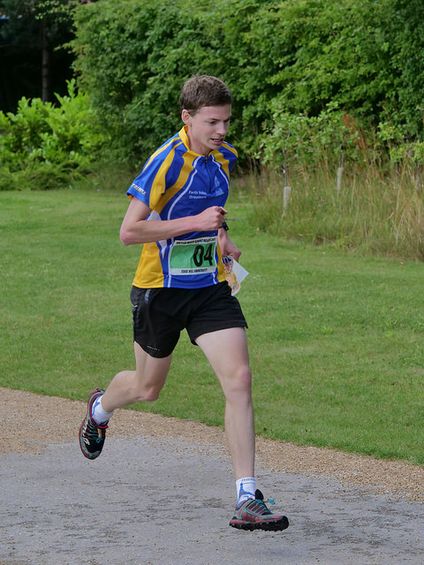