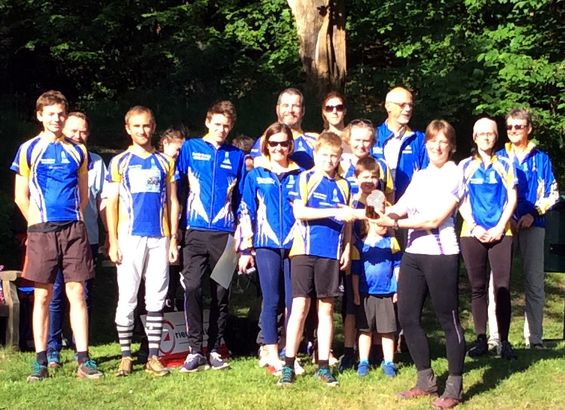 Forth Valley successfully defended its Scottish Inter-Clubs Championship title on a fine day at Gullane, East Lothian with 18 individual medals contributing to the success.

The victory was all the sweeter for the club, in that several strong medal prospects were unavailable on the day, due to injuries and other racing commitments, including the Stirling Marathon.

This year's Scottish Inter-Club Championships was run in conjunction with the individual Scottish Championships, with each club's best scorers making up a team total. FVO was close pressed at times by multiple winner Edinburgh Southern and Aberdeenshire powerhouse Mar OC, but posted good results right through the racing card, from Katie Hensman in W10 to Lucile MacLeod in W75, and held a ten point victory margin after all the scores had been tallied.

Full details of all the club's performers on the day are as follows: