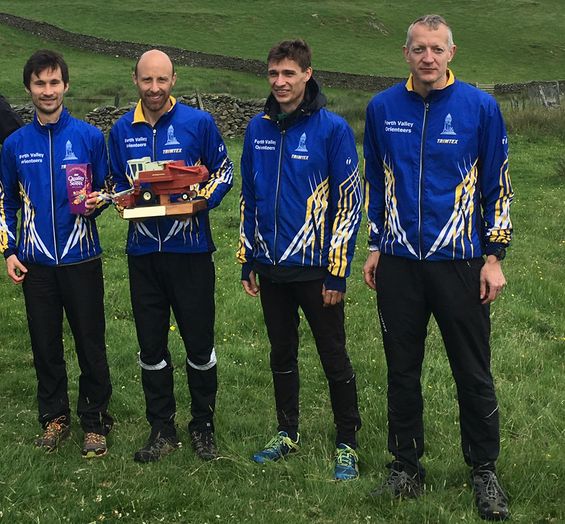 Forth Valley Orienteers claimed a share of the top prize in the UK Relay League with a stunning front-running performance to win the Harvester Relay at Blakeholme in the Lake District.

Going into the event, FVO knew that their only chance of success would mean an event victory, with Edinburgh University Legends having claimed two wins already in the four race series. FVO were without World Championship trio Chris Smithard, Graham Gristwood and Kris Jones who took maximum points in the Jan Kjellstrom relay in April, but a team full of experienced international runners was assembled to take on the challenge.

Scottish M40 champion Dave Godfree led the team out on the first leg, and returned in a healthy time of 83.59 for 3rd place at the first changeover, significantly eight minutes ahead of Edinburgh University's lead-off man. Mark Nixon went off into the first of the two "dark" legs, and as the two leading teams, Lakeland and Nottingham experienced difficulties in the dark, Mark ripped 18 minutes out of the lead to put the local team in front.

New signing Robert Niewiedziala took on the second of the night legs, and maintained the lead, handing over a seven minute lead to Marcus Pinker. By now it was a two horse race, with only FVO and EUOC in contention at the front of the pack. Pinker extended the lead to 10 minutes, but a back-loaded EUOC team stormed right back into contention as Alex Carcas (69.14) and Alistair Masson (34.52) produced superlative displays as dawn came up, being chased all the way by Roger Goddard (81.57) and Ross McLennan (38.14).

After six hours of racing, the gap came down to less than a minute as Jegor Kostylev and Matthew Fellbaum went off almost in tandem, with the race and the UK title in the balance. The seeded gaffling meant two completely different courses for the leaders, and it was Kostylev who saved his best for last, racing home in 88.39 to post an eventual 18 1/2 minute victory margin. 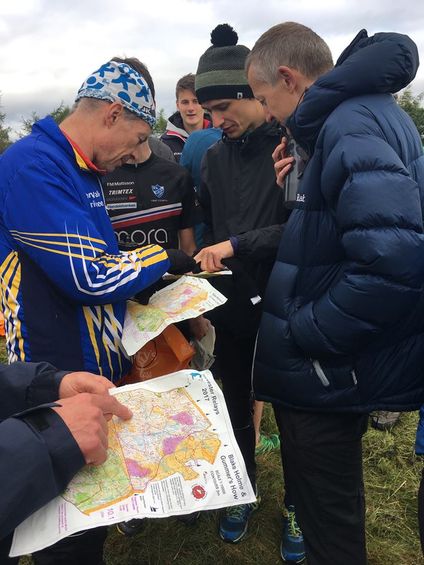