FVO No Mugs at Mugdock 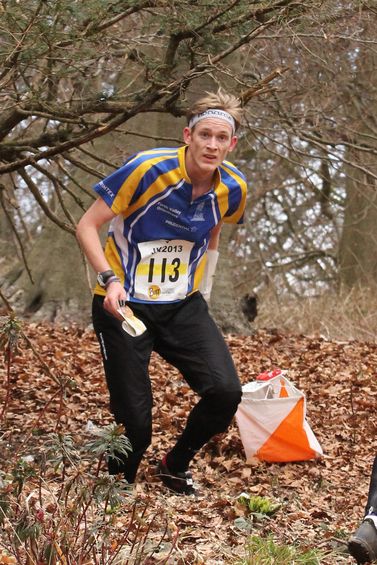 Forth Valley Orienteers demonstrated once again that they will be the team to chase in the CompassPoint Scottish Orienteering League, securing four opening day victories at Mugdock Country Park, Milngavie.

Mark Nixon led by example in scoring a fast time of 52.18 round the Black Course. Nixon, the elite coach at Edinburgh University, headed the challenge from three of his own athletes in taking the win. Afterwards he commented "I didn't feel particularly fast, and the marshes were pretty tough, but I'm happy to have a clean run". Event Controller Terry O'Brien said "I'm still trying to work out why I was so far out on this course. I'd estimated a winning time of 67 minutes, and Mark and his Edinburgh team blew this out of the water".

Jason Inman continued his fine start to the season in winning the Short Blue course in 30.53. Inman took a step down in class as part of his preparations for the forthcoming Jan Kjellstrom Festival races, and sped away to an eight minute victory margin, as he was fastest through every control bar one, which was taken by Pascal Lardet. Pierre Lardet got in a valuable race time in his preparations for the World Schools Championships in Sicily on his way to victory in the Light Green class in 30.15. Pierre had a ding-dong battle with INVOC's Finlay Raynor, dropping 90 seconds to the Invernesian on the 10th leg, only to claw it all back on leg 11. A fast finish brought the win by just four seconds. Jamie Goddard was 3rd in 31.00.

Isla Spenceley's first race in FVO colours was rewarded with a debut win in the White Class (15.48) while Roger Goddard was 2nd in Brown, 43 seconds down on INVOC's Finlay Todd, who won in 48.08. Finally, Mark Johnston shrugged off his recent flu bug to secure 3rd place in Short Brown in 47.47.

In terms of the overall league standings, no fewer than seven FVO athletes are ranked top of their class after the opening weekend. Mark Nixon (M21) and Pierre Lardet (M14) top their groups by dint of their race wins. Ross McLennan (M35), Roger Goddard (M40), Donald MacLeod (M75) and James Hammond (M12) had best age-group performances on the mens team. Mark Johnston is ranked 2nd in M45, as is Jon Cross (M50) and Jamie Goddard (M14), while Mattie Smith occupies 3rd spot in M50. On the womens team, Forth Valley has the top four women in W45, as Becky Osborn, Jen Leonard, Kathleen Inch and Josie Stansfield dominated the class. Grace Molloy is 2nd in W18, as is Cathy Tilbrook in W50.

FVO hosts the next round of fixtures in the Scottish League on 1st and 2nd April, as part of the annual Double Dukes Weekend in the Trossachs, and the race planners are promising some top quality orienteering on a course that was used for last year's European Junior Championships.