Five Up for FVO 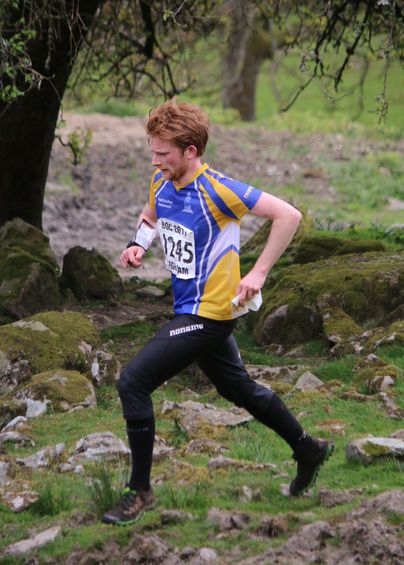 There were five medals for Forth Valley at the British Relay Championships, on a day of chaos that saw ten teams disqualified from the Men's Premier race.

Problems with the SI Air technology not recording punches meant that a number of the leading contenders for the Mens Premier crown, including Jan Kjellstrom Festival champions FVO Flyers were relegated, as none of the first three finishers saw their efforts counted. FVO 2 were amongst the beneficiaries however, moving from 5th place to take a silver medal position. The team of Will Hensman, Jegor Kostylev and Lewis Taylor was only four seconds off the gold medal as the dust settled, thanks in no small measure to a solid final leg from Lewis Taylor, who ran ten minutes off leaders AROS to push the Edinburgh University alumni team into 3rd place.

FVO Female Flyers made a last minute change to their lineup, as Lizzie Stansfield stepped up from the juniors for her senior club debut on the 2nd leg of the Womens Premier relay. Lizzie certainly wasn't overawed by the experience, and kept the team competitive, as they finished in bronze medal position overall.

A mix of youth and experience paid off for FVO 4 in the Mens Short race, as Peter Molloy, Trevor Hoey and Brad Connor stayed on the front of the pack to claim a bronze medal behind Octavian Droobers and Edinburgh Southern.

In recent years, FVO has been the dominant force in the veteran classes, and 2017 was no different. Roger Goddard, David Godfree and Marcus Pinker were the pick of the pack to establish a seven minute winning margin and retain the M40 title. The M40 B team of Ben Stansfield, Jason Inman and Jon Cross pushed hard on every leg and secured the bronze medal in 111.50.

An injury to Hazel Dean in winning the W50 race on Saturday ruled her out of the relay, and her place was taken by W21 runner Anastasia Trubkina, which meant that the W40 B team, also containing Josie Stansfield and Beccy Osborn, was ineligible to take a medal, despite finishing in 3rd place overall. The W40 A team of Rona Molloy, Jen Leonard and Kirsty Bryan-Jones was 4th.