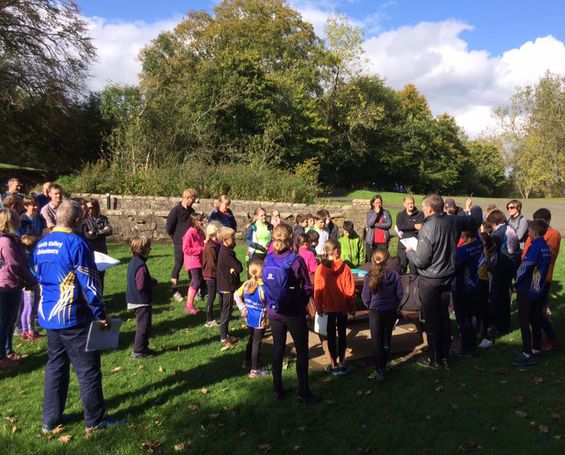 A busy weekend for Forth Valley athletes saw a host of top performances right across the board, with race wins and personal best performances aplenty.

Graham Gristwood had his best-ever performance at a World Cup forest race, notching up 8th place at the World Cup final in Switzerland. In the shadow of the Eiger, and on a course with nearly 800 metres of climbing, GG was able to put his recent mountain-running experience to good use. A brave, and ultimately decisive route-choice on the long leg from 11 to 12 reeled in Estonian Lauri Sild, who had been flying up to that point, and as GG gained 11 places on the leg, he was well set up for a fast route round the (relatively) flatter final loop, coming home in a time of 92.1.

Jegor Kostylev took the bronze medal in the M21E class at the British Middle Distance Championships in Buckinghamshire, in 35.41, having forgone a genuine gold medal prospect in his own M35 age class. Chris Smithard went one better the previous day, with Silver in the British Sprint Championships, just five seconds behind winner Jamie Parkinson (Oxford University). Jon Cross was 11th in the M50 Sprint (17.38) and followed this up with 7th place in the Middle (42.20).

That wasn't the end of Smithard's efforts for the weekend however, as he rushed off to Switzerland to join the rest of the GB team for the World Cup sprint relay, helping them to 11th place in the race, and securing 6th place in the overall World Cup relay championship.

Away from the forest, Fanni Gyurkó and Kris Jones showed that orienteers can run with the best on the roads, as both posted new PBs to take top ten finishes in the Glasgow Half Marathon. Kris was 4th (66.11) in the mens race and Fanni 5th (77.28) in the womens event, leaving a host of top names behind them, including GB Olympians Jo Pavey and Andrew Butchart.

Closer to home, FVO inaugurated the new Permanent Orienteering Courses at Beecraigs Country Park with an event that attracted more than 70 athletes to the area. FVO's Mark Johnston won the long course race, in 34.18 ahead of clubmates Clad Harrison (34.41) and Brad Connor (44.14). The Green level course saw James Hammond take 3rd spot (31.47), while there were class wins for Ruaridh Duncan (Yellow - 14.30) and Hanna Brindley (White - 15.26).

The final action of the weekend came at Grandtully, near Pitlochry, as STAG Orienteers launched their new map of a tough and technical area. The long course saw Roger Goddard in 2nd place (62.10) just ahead of Peter Molloy (63.00). The short course was won by Jamie Goddard (36.18) with Dawn Goddard 2nd (48.20), and in the newcomers class, Matthew Inman carved out an impressive 13 minute winning margin to come home in 25.09.