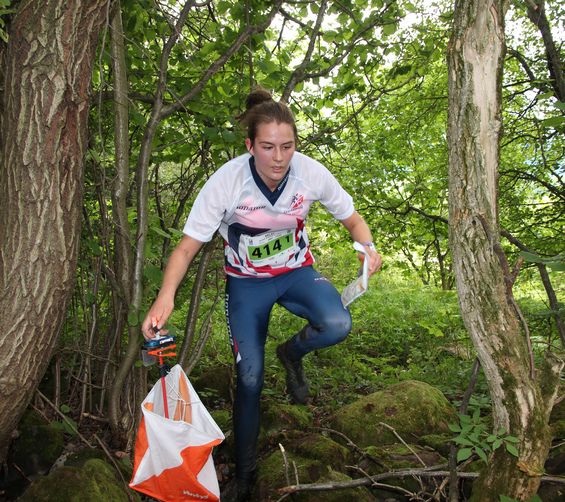 Grace at the Junior European Cup

Forth Valley Orienteers' Grace Molloy returned from the Junior European Cup in Austria with a little "excess baggage" - in the shape of a pair of Bronze medals.

The Junior European Cup traditionally provides the final international experience of the season for the cream of Europe's top young orienteers, and Grace's first medal came in Saturday's Long race, in the Commendewald forest. It was clear from the early times that a fast course had been laid by the planners, and despite a two minute error at the first control, Grace ran hard round the intermediate section of the course, picking up valuable seconds, and emerging from the forest side by side with Denmark's Ida Obro to finish in 47.16.

Grace said of her performance "I thought the terrain would be fast, with minimal route choice, so it was all going to be about finding the controls in the most efficient fashion. I made a mistake early on, but after the first control, I was pretty much clean the rest of the way around. When Obro came past me at the first control, I knew I needed to hold my navigation together and get focused. I couldn't believe it when we ran into the arena together and the commentator said we were in the lead."

Orbo's time of 45.03 won the gold medal, and Switzerland's Anja Probst, out as the final starter, just managed to dip under Grace's finish time by 11 seconds, to push the Scottish athlete into the bronze medal position.

There was further success for Grace in the closing day sprint, round the streets of Furstenfelt. Having not done much sprinting at international level, Grace was placed in the middle of the starting block, but rocketed round the tight urban course in 13.37 to hold 2nd place behind Hungary's Csilla Gardonyi. A host of top-ranked sprinters tried and failed to match this, before 2016 Silver medalist Victoria Bjornstaed blew the field away with the quickest run of the day, from start to finish, to take the Gold medal.

Afterwards, Grace said "I didn't have many aspirations going into the sprint, as I've been focusing more on my forest work over the summer. However the club ran a local sprint series recently, and this certainly helped me with my route choices on the move. I had a good look at the previous JEC map to see how the courses might be laid out, and this allowed me to prepare really well. On the day, I didn't feel particularly quick, but I was clean, and this proved to be enough. I always felt I could mount a challenge at the international level, and maybe get a medal if I had my best day, so to get two in two days is really amazing."

Overall, the Great Britain team finished in 6th place in the Junior European Cup competition, with the W18 squad placed 2nd equal with Norway, and the M18 team finishing 3rd. Significantly, this bettered the performance of several top European nations, including perennial medal contenders Denmark and France, as well as hosts Austria. 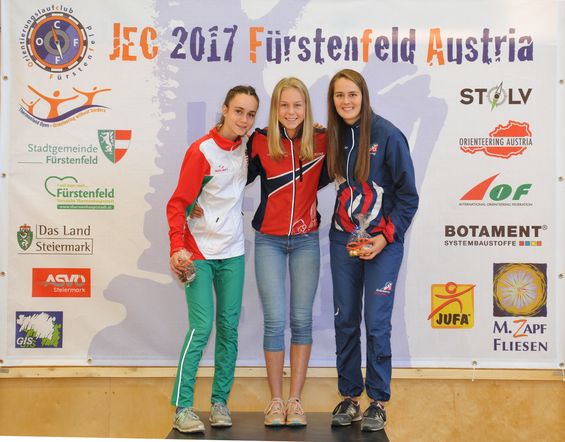 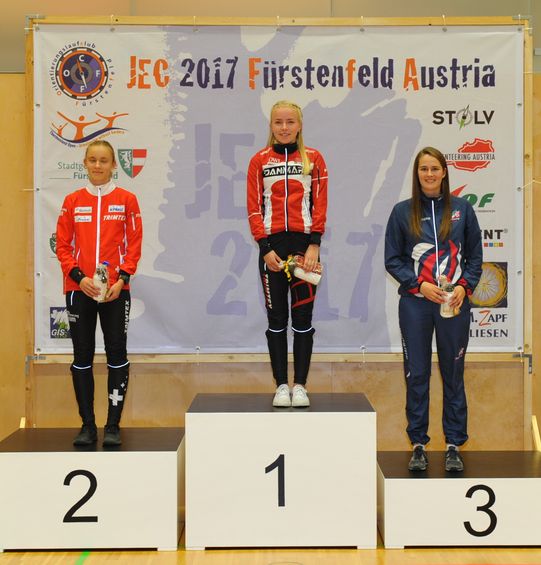