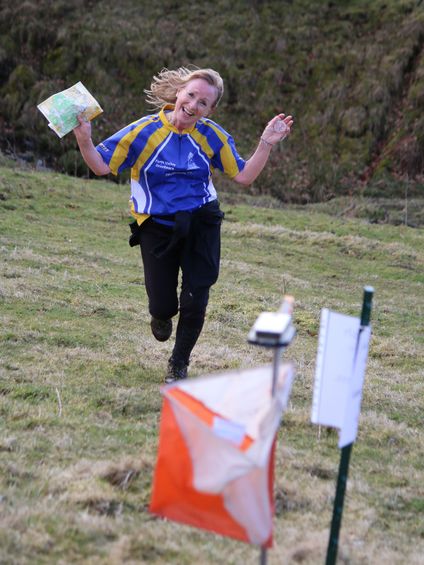 Forth Valley Orienteers enjoyed a full weekend of racing as the Scottish Spring meeting brought success over a three race card ahead of the Jan Kjellstrom Festival, with noted success at all levels.

First up was a Middle distance race at Abbey Craig, and Kris Jones made a return to the forest for the first time since September, winning the Black race in 25.55, with Lewis Taylor 4th (28.32).

Before the dust had settled, it was off to Rosyth for a UK Elite League sprint, and James Hammond doubled up on his forest win from the morning, winning the Young Junior race in an eye-watering 5.49. Chris Smithard took the prize in the Open Mens race, in 13.51, with Kris Jones 3rd (14.08) and Peter Molloy was quickest amongst the Juniors, coming home in 12.10.

FVO has three athletes in the top ten of the Open Womens race, with Grace Molloy 4th (13.08) and Fanni Gyurko (9th) and Anwen Darlington (10th) also showing up well.

The action concluded with a great Scottish League round at Auchingarrich, near Crieff, and FVO athletes were once again prominent on the leaderboards.