With a Spring in our Step, FVO Delivers! 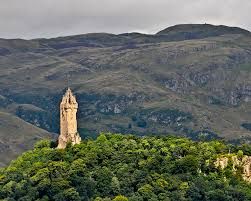 FVO really stepped up to the mark as a club, and delivered a top-quality series of event at Birnam Hill, Dumyat and Hermitage Woods for the inaugural Scottish Middle Distance Championships, the British Universities & Colleges Sport Championship and the Scottish Orienteering League.

We had over 1000 athletes on show, of all ages and levels of experience, from World Championship medallists, to youngsters, some of them in their first "Big" race, to some of the real stalwart veterans of the sport. Everyone started with an anticipatory smile on their face - everyone finished with a look of satisfaction at having challenged the "Big Beasts" that are Birnam Hill and Dumyat.

It may be preaching to the choir, but the FVO team of volunteers was fantastic. Sometimes it's difficult to assign priorities to being both an event volunteer and a competitive athlete. Not if you wear the blue and gold! As a first-time organiser of a "Big" event, it made my day so much easier knowing I had the backup of a bulletproof team of event volunteers, who I believe to be the best in Scotland, bar none.

No-one grumbled at having to direct parking, or take late entries, or tape the starts and finishes, or work to ensure that results were posted quickly and correctly for the competitors to see how they got on, or any one of the other hundred jobs that go to make an event "just right”. You can't put a value on that kind of commitment.

And then we got into race-mode, and won (yet another) barrowload of medals - 13 of them at Birnam, including wins in five age classes, and another 10 at Dumyat.

The boys were to the fore at Birnam. Matthew Inman blasted round his M10 course in 12.44, to post a 27 1/2 minute winning margin - he could have gone round another twice and still won the class. Will Hensman took time off from the vital role of being everything SI, and won the Mens Vet class in 34.22. Pete Molloy retained his dominance of the M18 class in 2019 with another first place, this time in 28.14.

There was a 2nd place finish for Graham Gristwood, as he fought out an epic battle with Roxburgh Reiver Doug Tullie on the Mens Open course, posting a time of 36.18, which was 30 seconds off the lead. 3rd place finishes too for Martin Dean (Mens SuperVet - 39.13) and Brian Bullen(52.19).

The final two medals in the male classes went to the two hardest working guys on the day. James Hammond and Jamie Goddard helped carry the kit to the Far Start, set up the start mechanism and then worked the starts all day, only being relieved in the dying embers of the day. Going out without a warmup, they scorched round, as James won M14 in 29.21, and Jamie was 3rd in M16 in 31.19.

And then we were up and at it again at Dumyat. Many people were hauling their second big load of the weekend in terms of event staffing. Some were on the ground before 8am, and didn't get away until well after 7pm. Nothing was too much, no job too trivial, no smile not offered.

There were 11 colour classes on offer, and FVO athletes took a top three place in eight of them. Class wins for Jon Cross (off the last start of the day, having worked his tail off to deliver a top quality BUCS Relay event all day) on the Short Brown course in a time of 66.40. Second win of the weekend for James Hammond on Light Green, this time in 21.31. Second win of the weekend for Hannah Inman on White (17.28).