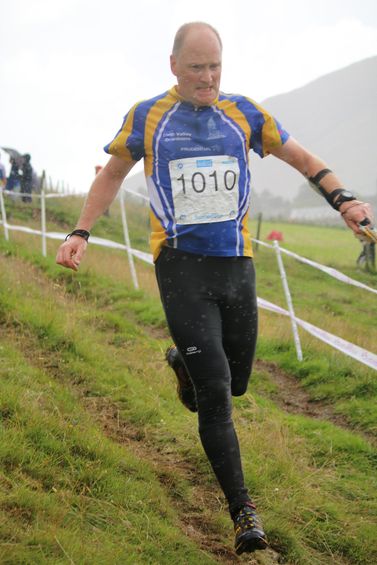 Jason Inman pounced at the death to take a dramatic victory at the Scottish Orienteering League Long race at Falkland.

Jason's win was one of four for FVO on the final day of the Scottish Spring meet in Fife, which was organised by the Scotland national junior team. Graham Gristwood enjoyed a near eight minute winning margin to take top place in the Blue class (39.44), and James Hammond won the Light Green category (21.15) to extend his lead at the head of the division. Hannah Inman won the White class by over five minutes (12.31) and Hanna Brindley was prominent in the Yellow class, finishing 2nd (19.42) and scoring eight of the ten best splits of the day.

The first day of action saw two races, a Middle distance at Tentstmuir and a Sprint at Falkland Palace. Graham Gristwood topped a field of 69 quality athletes to win the Brown course in the middle event. GG's time of 23.39 was 23 seconds up on EUOC's Jonny Crickmore with another Edinburgh athlete, Alex Carcas a further seven seconds behind.

Fanni Gyurkó, fresh from her outstanding 2nd place in last week's Manchester Marathon, was 3rd in Open Women (18.19), as was Beccy Osborn in Veteran Women (19.44). Fiona Hendrie (SuperVet Women - 14.36) and Jamie Goddard (Junior Men - 10.34) went one better, with 2nd place finishes in their class, while Jamie Connor scored the final medal of the day, with 3rd place in a quick Young Junior Mens race, finishing in 6.29. .