FVO wins in the North and the South 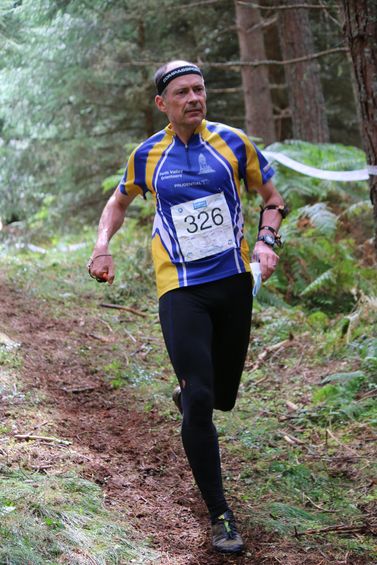 Forth Valley Orienteers were to the fore at races around Scotland, with a string of fine performances in the last week.

Jon Cross was the pick of the FVO athletes on display in the South of Scotland League race at Drumpellier Park, Coatbridge. as he won the 7,1km Blue course by 3 1/2 minutes from Clyde's Donald Petrie, finishing in 48.25.

A small group of FVO's finest made the trip north to the INVOC event at Anagach Woods in Grantown on Spey, and they didn't disappoint, with a number of dominant performances. Mark Nixon won the long Brown course, finishing the 8.75km course in 52.08, just ahead of Chris Smithard, who was 2nd (54.07). Jamie Stevenson snaffled 5th spot (57.56) with Lewis Taylor 7th (63.28). Graham Gristwood turned out in the Blue class, and had a near 14 minute winning margin, returning in 44.51

Fanni Gyurko wrapped up the Forth Valley Night Series womens title with three races to spare, after a solid night at Falkirk Wheel. Fanni has been focusing more on marathon racing of late, but showed she still knows her way around a map, finishing in 40.34 to post an unassailable lead in the league table.

Dave Godfree continues to lead the Night King standings, but there is a posse of athletes on his shoulder, and any one of a number of orienteers, including former champ Graham Gristwood and defending Night King, Lewis Taylor, could still come out on top.

In the short course standings, Louise Longhurst is in a familiar position at the head of the Twilight Princess table, and will be looking to add to her six titles. However she faces a challenge from both Rachel Kirkland and Laura Hindle, with Laura having a race in hand if required.

Having led the class at Christmas, Mark Holliday has slipped to 2nd place, having not raced in the last two events. He continues to lead the hunt for the Prince of Darkness title, although there are a number of other contenders further down the table, but with races running out, someone would need to make a late challenge to get in the mix.