FVO goes Big in the City 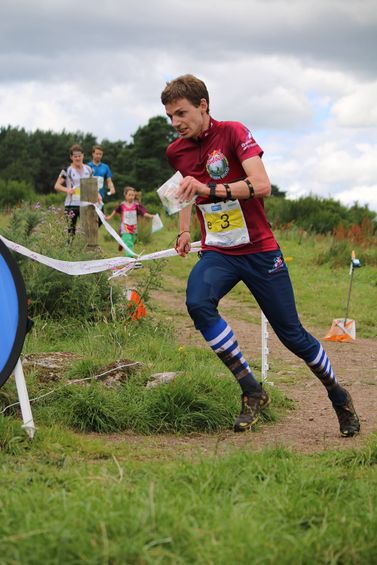 The 2019 Scottish orienteering season got underway with a triple-header of races at the Edinburgh Big Weekend, and Forth Valley athletes were prominent in all three disciplines.

The pipe-opener was a Night race around Calton Hill, and Chris Smithard was the “Big Man in Town” as he won the Long race In a round of 24.56, with few errors, Chris led from the 5th checkpoint, and was never headed. Pete Molloy came close to joining him on the podium, after a round of 26.37, which included the early lead, gave him a share of 3rd place, before the final runner came in 18 seconds quicker.

Action then shifted on day 2 to the West End, and the first event in the BTO Solicitors Scottish Urban League. Will Hensman put down a marker that he will be a force to be reckoned this season , as he secured 2nd place in the Veteran Mens race, finishing in 50.33. Roger Goddard was 5th (52.21), and Paul Hammond 9th (55.17).

Louise Longhurst has moved up to the SuperVet ranks this year, and in her first outing in her new classification, claimed 3rd spot (44.27), while Fiona Hendrie was 8th (46.26).

The weekend concluded with a Classic-length race over Arthur's Seat, and there were four podium finishes, including two class wins for FVO athletes. Mark Nixon took the plaudits on the longest (Brown) course, as he came home in 53.02 for the win. Pete Molloy was close behind in 3rd spot (59.15) and there were top ten finishes for Roger Goddard (67.16) and Will Hensman (67.33).

Having won the South of Scotland League Light Green title last year as as M12, James Hammond returned as a bona-fide M14, but it was "same as before" as he scored a six minute winning margin (27.57) to take maximum league points.

Finally, Ethan Harrison took a step up in class, and was 8th (29.46) in a competitive Yellow field, beating, amongst others, three M21's. This is all the more impressive in that Ethan lost his map halfway round the course, and finished by spiking every control he found on his route to the finish

Full results, WinSplits and Routegadget from the weekend are online at http://www.rstrain.ndtilda.co.uk/results_19/euoc_bw/