Juniors Soak Up the Festival Atmosphere 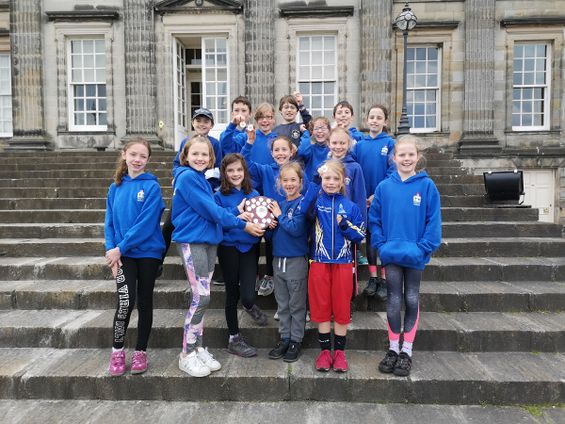 There was significant success for local orienteers in the Scottish Schools Festival at Hopetoun House, including several from new athletes.

James Hammond won the Junior Boys championship in 17.27, which contributed to Linlithgow taking a second boys team medal, Bronze in the S1 competition, with Louis Chapoy and Andrew Calder also prominent, and the brace of performances meant that Linlithgow were placed second overall in the Secondary competition, just behind northern heavyweights Inverness Royal Academy.

The Primary competition gave many youngsters their first taste of competitive orienteering. Linlithgow Bridge PS were just outside the medals in the team competition, but team captain Hanna Brindley put in a major effort to get the team onto the podium, as she was 4th in the individual race, in 12.34. Two novice pairs completed the Linlithgow Bridge team, with Eilidh McCavish and Catriona McCurdy 32nd in 27.59 and Jennifer Orr + Milla O'Connor 49th in 37.38.

Low Port PS was also prominent in the event, with Grace Polwart and Grace Goran-Mitchell holding a top ten place in the P5/6 girls event until late in the day, eventually placing 12th, with a time of 18.10, while Rosie McNair and Jenna King bounced back from an early error to take 54th place (40.51). Meanshile, the Low Port boys team of Hamish Lamont and Lewis Goldfinch was 2nd quickest on the day (13.24), but were hit with a significant time penalty, which pushed them down the order.

Newton PS, Dunblane, were out in force in the junior competition, and were rewarded for their efforts with the gold medal in the P5/6 girls competition. Audrey McQuaid led the way, with an excellent 8th place (16.19) and was joined in the top 20 by Anna Clinkenbeard (15th, in 20.24) and Eilidh Connor (19th, in 21.17). When the team scores were tallied, Newton were 12 points and three minutes ahead of defending champions, Inverness Gaelic School.

Matthew Inman was Newton's only representative in the junior boys event, and despite being nearly two years younger than some of his opponents, recorded a strong run, finishing in 15.26 to take 6th place.

St Mary's EPS, Dunblane were also represented in the P5/6 boys event, with the novice pair of Alexander Hunt and Lucas Whitworth 36th (21.20) and Peter Owen 37th,, six seconds behind.

The secondary schools competition had a smaller entry, with several star athletes away on a training camp in Denmark, but Sam Hunt claimed 9th place in the S1 boys event (25.22) for Dunblane HS, and Bruce McQuaid taking 12th spot in the S2 boys race (44.39). 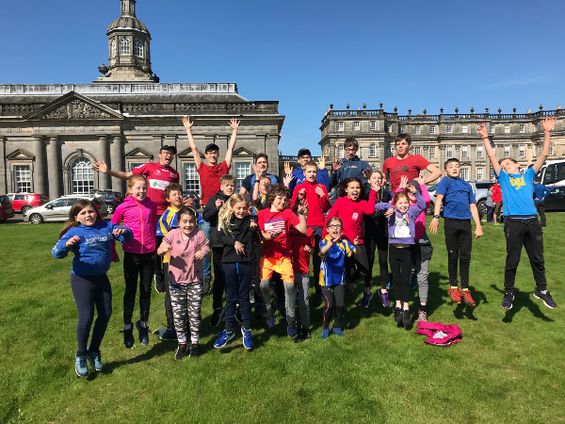