Not so Grim Up North 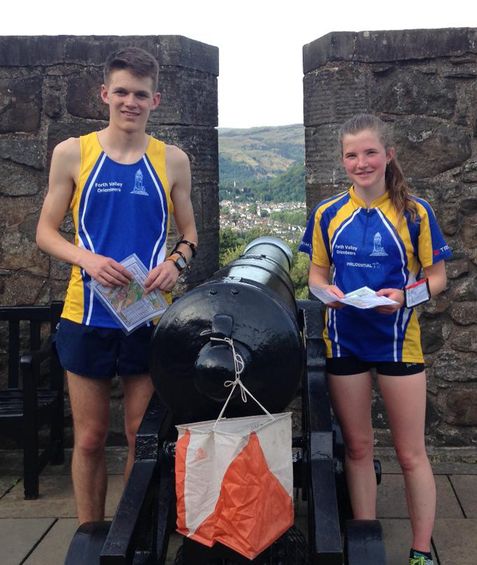 Peter and Lizzie at Stirling Castle

There was big success for FVO athletes at the weekend, as the 2019 season gets into full swing

Junior stars Peter Molloy and Lizzie Stansfield made big moves on the route to re-selection for the Great Britain teams by taking leading places in the first of the selection races, at the Northern Championships in Sheffield.

Both were involved at the European Youth Championships in Hungary in 2018, and signalled their intention to do well again this year. Peter claimed the silver medal in a snowy M18 race, finishing in 50.52 for the 7.1km course, 3 1/2 minutes behind surprise winner Flurry Grierson (Devon).

Lizzie was a little further off the pace in the W18 selection race, which saw Scottish athletes take the first five places, but a time of 48.36 keeps her in contention, with her favourite races at the Jan Kjellstrom Festival in Aldershot still to come.

Also at the Northern Championships, Roger Goddard was back in the area he grew up in, and secured the silver medal in M45 (58.06) with another impressive performance, while Chris Smithard was quickest (74.49) in the M21 elite race, only to find out subsequently that he had missed one checkpoint in the boulder-strewn terrain.

In the Sprint events on the first day, Chris Smithard was 2nd in the elite mens sprint (22.41) and Jamie Goddard claimed the same position in the junior mens race (37.06).

There was more success closer to home, as FVO athletes snapped up nine medals at the final Tinto Twin night-day event. The event in Lanarkshire has been a staple of the orienteering calendar in Scotland for many years, however host club Tinto has announced it is to fold this year, with dwindling membership numbers, coupled with the advancing age of those who remain, meaning the club is no longer viable.

The ball was set rolling in the night stage by Dave Godfree, as he won the M21 race in a time of 31.35. The focus then turned to the day race, which was run in blizzard conditions, and there were eight FVO athletes on the podium.

Will Hensman led the way, as he won the long course in a time of 51.36, which would have been good enough to win M21. Will opted to run the course as an "Open" competitor, rather than nominating an age category.