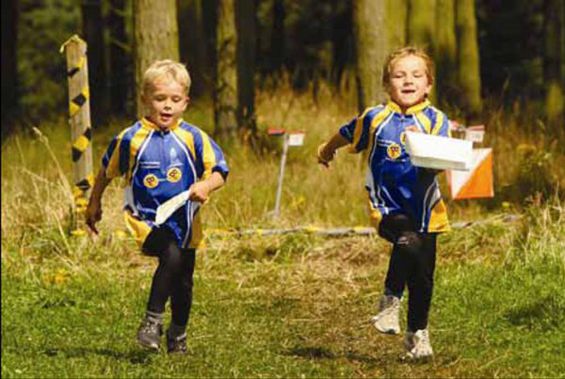 It has been great to see quite a flurry of new members since last autumn, right across the age range. We have had plenty of people joining who are new to orienteering, others who are returning to the sport after a break, and yet more who are recently moved to the area. Plus a few well-known faces from other clubs who have joined us as ‘second club’ members. Welcome all!

A special welcome to some of those trying the sport for the first time, including the Short Family (Norma, Andrew, Gracie (W10) and Annie (W10)), Valerie Houston and her daughter Iona McQuater (W10), Lucy/Charlotte Glendinning (both W10), and Esme/Scarlett Kelly (W12/W14), who along with the Hunter siblings (M/W10) and Rose Martin (W10) have been appearing on the podium in some of our local events.

With the travel restrictions meaning not everyone has been able to make our events yet, it is been great to see people including Karen Litster and daughter Katie (W12) getting involved with some of the excellent virtual coaching that Nicola Melville who has been putting on (thanks Nicola!) We are delighted to see this wave of families and junior members into the club, with some of them already starting to get round courses very swiftly!

Also joining us as new members are first time orienteer Keith Thomson, as well as more families: the Simpson family (Heather, Connor and Graham) and also Jane Emslie and Chris Godfree (along with young M1 Arthur Emslie-Godfree, who has already completed an Orange, a Green and a Blue course this year, perhaps with some assistance!). Welcome back also to Mike and Alastair (M18) Cantlay, after a few years away.

Hello as well to a number of experienced orienteers as second club members including Arabella White and Steve Ewens (recently moved up from Southdowns Orienteers but will principally run for STAG), along with Duncan Francis (BASOC) and Mairi Weir (Moravian, but currently at Stirling University). Bringing an international flavour to the list is another Stirling University student who joined us in the autumn, Slovakian junior international Dominic Ditri. Dominic has already taken some great action shots so watch out from him with his camera at an event soon!

And finally, we have seen family members of existing FVO members realise what they are missing out on! We expect to see a few more McDaids on the results lists as Peter and Erin join wife/mum and sister/daughter Alice and Freya, whilst Stuart Burnes (M21) will be keeping mum Susan company at events in the future, and we expect to see Leo Lockyer (M10) there with mum Rona and brother Cammy this year.