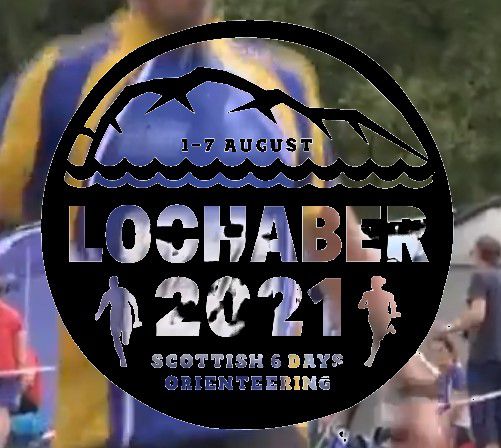 The biannual 'Six Days' is traditionally the biggest event in the UK calendar, with over 5000 participants. However, COVID border restrictions meant that none of the overseas competitors were able to line up this time, while the event was split into two three day events, to minimise contact.

The elite classes had a new look too, as organisers scored the races over the best two performances from three, rather than insisting on all scores counting, as in previous events. This played into the hands of the local competitors, as Grace Molloy wrapped up the womens title on the 3rd day, with back to back wins at Inverlochy and Arisaig, followed by a 2nd place finish in the World Ranking event at Creag Dubh.

Chris Smithard and Alasdair McLeod each had a win and a 2nd place finish, and were tied in silver medal position overall in the mens elite class after the six days, behind Sasha Chepelin (AROS), who won each of his three outings.

The competition format meant that many of the top names in the other classes never met, due to seeding, and there was a plethora of shared medals, There were joint gold medals for James Hammond (M16A), Peter Molloy (M20L), Will Hensman (M40L), Roger Goddard (M45L), Ben Stansfield (M50L), Brad Connor (M50S), Hannah Inman (W10A) Esme Finch (W10B), Lizzie Stansfield (W20L) and Vicky Thornton (W60L).

A share in the Silver went to Matthew Inman (M12A), Andrew Twigg (M16B) and Laura Hendrie (W21S), while Simon Finch (M45S) and Jason Inman (M50L) had a bronze medal each, all to themselves.

Over the three days of competition allocated to FVO, athletes were on the podium in over 90 of the stages, including wins in 28 A class races.

The club also staged its biannual run-in competition, with athletes measured on the time taken from the final control to the finish, and Jamie Goddard emerged victorious, with a time of nine seconds in the six person final, one second ahead of Peter Molloy, with Will Hensman and Roger Goddard tied for 3rd place, a further second behind.

While some were disappointed at missing out on racing their main rivals, due to clubs being allocated to separate pools, the fact that there was an event at all is to the great credit of the organising committee and the clubs who took on the management of a day's competition.