All change at the top table 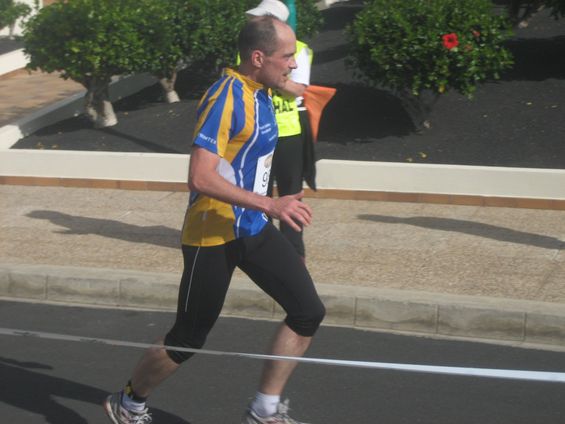 Jon Cross was today elected unopposed as the 20th President of Forth Valley Orienteers at the club's Annual General Meeting, which took place electronically for the first time. (AGM Minutes now available in the "Club Admin" section of the site).

Jon is a "weel-kent" and vastly respected member of the club, having served as Team Captain for countless years, and his enthusiasm and experience within the sport can only have positive benefits for FVO in 2021.

Jon will lead a much-changed Executive Committee, as outgoing President Jen Leonard, secretary Brad Connor, and general members Hazel Dean and Sarah Tullie all stepped down from their roles. The thanks and best wishes of the entire club were expressed to all four for their years of devoted and tireless service.

However, the "new faces" aren't that new after all. Roger Goddard, president from 2011 to 2015 returns to the committee once again, as a general member, and is joined by current membership secretary Neil Polwart and outgoing club development officer Chris Smithard.

There is a level of continuity however, as Andy Llewellyn continues as Treasurer, and Steve Scott remains as a general committee member. Finally, Paul Hammond steps up as club secretary, having joined the committee last year as a general member.

Several of the committee will be doing double duty, as they continue in non-exec positions. Jon remains Team Captain, and Roger takes on the new role of Coaching Co-ordinator. Neil remains Membership Secretary, and Steve has two more hats, as Wednesday Evening Co-ordinator, and Press Officer. Meanwhile Paul (and family) have taken on the role of Kit Managers, and Chris steps into the vacant role of Fixtures Secretary.

The other non-exec positions are as follows

The meeting endorsed an ambitious four year development plan for the club, which is aimed at keeping in at the forefront of orienteering in the UK, and approved the recruitment of a Club Development Officer to replace Chris.

The Jim Heardman Trophy, for outstanding service to the club, was announced as being awarded to Trevor Hoey, for years of dedicated work in several roles. The presentation of the trophy will be arranged when lockdown permits.