Five in a row for FVO 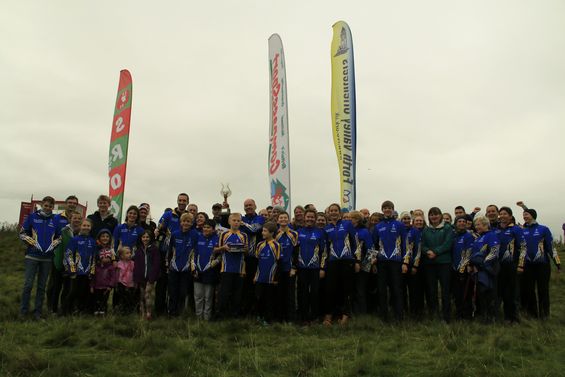 Forth Valley Orienteers claimed a fiifth consecutive Scottish Inter-Club Championship crown as their athletes dominated proceedings at the national championships at Craig a'Barns, near Pitlochry.

Despite being shorn of the services of several of their elite athletes, due to injury or academic commitments, Forth Valley demonstrated the strength in depth of its squad, posting an aggregate score just 24 points off a maximum 1200, to finish 48 points ahead of nearest challengers, MAROC.

The charge to the title was cemented by the veteran men's competitors, who claimed five of the top six places on their course, but it was a real team effort, with both the club's youngest athlete, eight year old Hannah Inman, and the most senior member of the squad, Donald McLeod (80) contributing to the points total.

Dave Godfree, James Hammond and Hannah Inman all topped their courses with the quickest times of the day, while Will Hensman, Jon Cross and Roger Goddard were 2nd, and Steve Feltbower 3rd.

Off the podium, there was a string of excellent performances, with 18 of the 20 FVO entrants who didn't medal finishing in the top ten of their class, to deny points to the other big clubs and put the icing on the win.