Back in the Old Routine 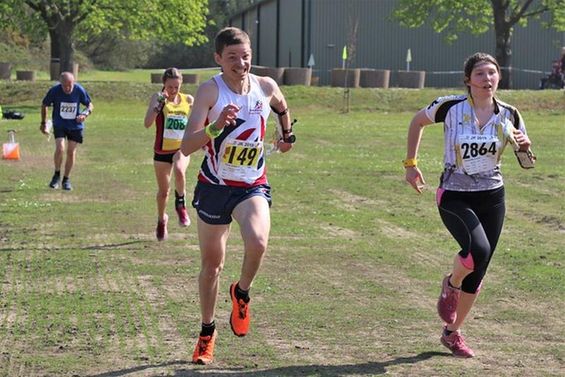 Following a break of more than 14 months, it was back to business as usual for FVO athletes, as they were able to make their mark on two big events at the weekend.

First up was the Sprint Scotland festival, which was reduced this year to a single day, but had the added lustre of being the international trial for this summer's World Championships in the Czech Republic. Chris Smithard and Grace Molloy did their claims for selection no harm at all, with strong performances across both races.

Grace put down a marker for her first senior callup after a stellar junior career, with a pair of 3rd place finishes, logging times of 11.52 at Crieff and 14.48 at Bannockburn. Meanwhile Chris was able to overcome his disappointment at missing the European Championships due to COVID protocols with a battling 4th place (12.41) at Crieff, followed up with a strong run at Bannockburn, where he finished just three seconds off the lead in 2nd place in 14.12.

Also worthy of mention is the 8th place finish at Crieff of Daniel Stansfield (13.28) after nearly two years away from racing, while James Hammond was the top junior in the festival, which also counted for UK Elite Orienteering League points, despite having to be shadowed on his runs, due to his age.

The following day it was the turn of the junior athletes in the spotlight with the first round of the Scottish Junior Cup at Auchingarrich. FVO sent a strong team to the event, and were rewarded as more than half the squad got on the podium in their class.

There were also three "Adult" TD5 courses on offer, principally for parents and coaches, and Graham Gristwood topped a star-studded Brown course, with many of yesterday's athletes from the Sprint Scotland races staying on for some terrain practice, logging a four minute winning margin to finish in 44.30.

On the Short Blue course, Roger Goddard was first home, in 41.52, and was joined on the podium by Janine Inman (48.35), while Steve Ewens logged a podium place in his first race in FVO colours in the Short Green class, in 49.12.