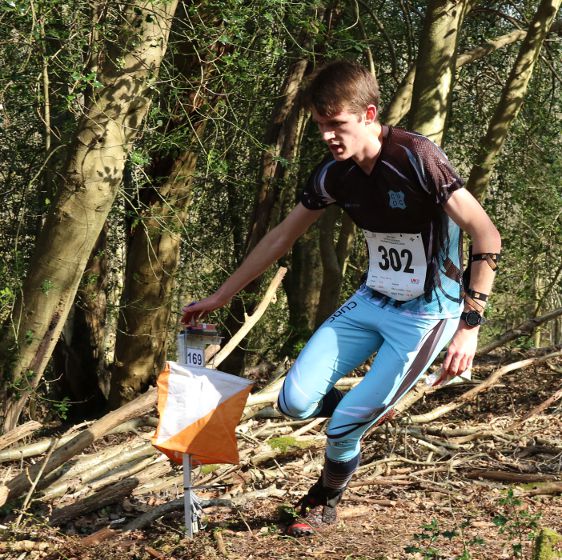 Forth Valley orienteers had major success at the North of England Championships, as they claimed ten wins amongst 14 podium finishes.

The main focus of the weekend was the first round of selection races for the GB Junior teams, and both Peter Molloy and James Hammond delivered in the clutch, as they won all three of their races to put at least one foot on the plane to Portugal and Hungary respectively.

The Sprint races at Cramlington formed the first test, and Peter found himself 12 seconds off the lead at the 2/3 mark on the M18/M20 course. However, a string of fastest split times brought him back into contention, and he tied for the race win (15.58) with Jim Bailey (BOK & EUOC).

Action then moved into the forest, with races at both Middle and Long distances, and the pair topped the podium once again as Peter posted a time of 21.05 for the Middle discipline and 46.30 for the Long, and James going round in 18.23 and 35.03.

Although Under 14s aren't eligible for selection to this year's national teams, Scarlett Kelly will have caught the eye of the selectors for future events as she tied with WCOC's Sophie Crawford as the leading W14 on the short Sprint course (15.00), then scored a pair of significant wins in the forest, winning both Middle (22.07) and Long (26.25) races in a class where English athletes have some strength in depth.

There were class wins in the Northern Championships for Roger Goddard, who ran up one division to win M40 in 59.57 and Jason Inman who won M50 in 54.08, while Rona Molloy took 2nd place in W50.