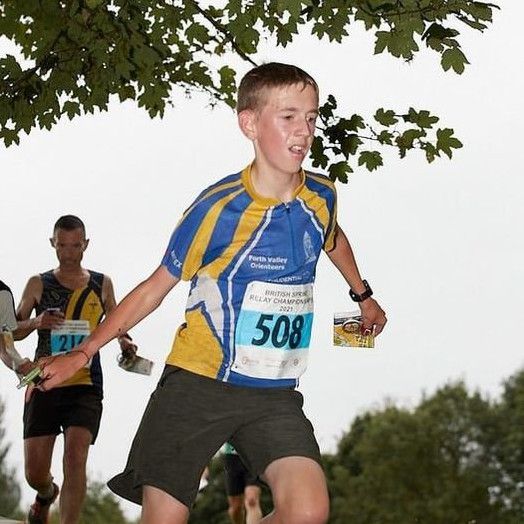 The juniors led the way as FVO athletes picked up twelve medals on the Long distance day at JK '22.

James Hammond remains upbeaten through the international qualification period, as he posted yet another victory in M16L, this time in 41.39, and, followng today's races, is one of just five athletes (one of whom had no competition in W90) to win all three stages.

There was more success in the shorter courses, as Lucy Hensman (W18L), Grace Polwart (W14B) and Ben Polwart (M20S) led their class once again. All seven of today's victors from FVO won their class over the two legs.

Grace Molloy collected a well-deserved silver in W21E as an aggressive finish to the race brought her home in 84.48, while Andy Llewellyn (M35L - 84.14) and Scarlett Kelly (W14A - 41.49) were both on the podium again today in silver medal position, both for the day and the event overall.

Once again, there was an FVO horde sitting just off the podium. Janine Inman was 4th today in W45L, but took the overall bronze medal, and was joined in 4th by Sam Hunt (M16L), Roger Goddard (M45L) and Heather Fellbaum (W55L).
Beccy Osborn had her best-ever JK Long race, with a 5th place finish, while Jason Inman was 6th in M50L, Marcus Pinker and Neil Polwart were both 8th in M45, in the Long and Short races respectively, and Jamie Goddard (M18E) and Rebecca Hammond (W14L) were both 9th.