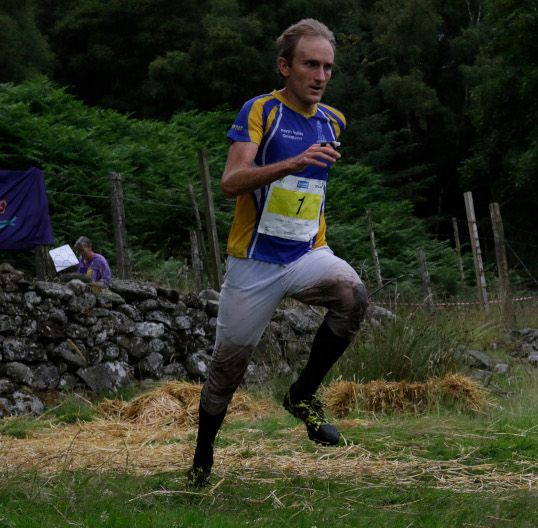 Graham Gristwood picked up one of the few championships to have eluded him so far in a glittering career, as he led from start to finish of the Mens Open course, posting 12 of the 15 quickest split times to take the win in 26.16 with a four minute margin over Ben Windsor (DRONGO).

The FVO veterans were the star turn in the Vets class, as their competitors filled five of the six podium positions. The Veteran Womens podium was all FVO, as Janine Inman (27.06) was quickest of all on a course shared with the SuperVet Men, and Beccy Osborn (35.06) and Rachel Kirkland (35.51) took the minor placings.

The Veteran Men came within two minutes and one runner of matching the feat. Roger Goddard secured his win in 28.01 off an early run, and Jason Inman (29.58) was 2nd. Paul Hammond held the bronze medal until the final runner, Interlopers Ray Ward, came in to dislodge him. The SuperVets class saw more FVO success, as Hazel Dean claimed silver in 21.43, and Heather Fellbaum took the bronze in 23.31, and Dave Coustick made the HyperVet podium for the second successive time, with silver in 33.04.

The junior classes brought more silverware, as the club's athletes posted 1-2 finishes in three different classes. James Hammond turned in a most impressive performance to win the M16 race in 12.48, leaving team-mate Sam Hunt (18.19) with the silver medal. Scarlett Kelly won W14 in 15.05, and Rebecca Hammond (16.21) took silver, and in the W10 class, Hannah Inman turned her 2020 silver into 2022 Gold, winning in 16.23, while Freya McDaid, on her championship debut, picked up the silver medal in 17.35.