Forth Valley is the Best Club in Britain!

It has been suspected for some time, but we now have conclusive proof; Forth Valley Orienteers is the best orienteering club in Britain.

On a cool but dry late October day, the prestigious CompassSport Cup unfolded on the limestone slopes of Helsington Barrows in the Eastern Lake District. The competition developed as only a few could have hoped, and even fewer would have predicted. Forth Valley Orienteers won. In fact, it didn't just win; the club smashed it. In its first ever attempt at the cup competition, the club pulled out every stop to display an incredible breadth and depth of orienteering talent and team spirit; throughout the club. This was an unprecedented victory over the best and largest clubs from across the land. This was David versus Goliaths. Yes Goliaths. This was Rocky Balboa versus Apollo Creeds. Creeds. This was Forth Valley versus Lakeland and South Yorkshire and Bristol.

This was an adventure that started many months ago. A silly, fanciful idea that had been discarded several times - that small club FVO could take on the might of the big clubs in the CompassSport Cup - suddenly seemed to make sense as the eighth consecutive victory in the CompassSport Trophy (for small clubs) was secured at the end of 2014.

The entry was confirmed. No going back. But first there was the qualifying round. It would not do to fall at that first hurdle. In Balnagowan, Deeside, early in the year, Forth Valley was made to work and work hard before making it through ahead of Edinburgh and Grampian.

The trip to the Lake District confirmed, the club just had to get everybody - everybody! - there and get everybody there in top form. This was not trivial. Holidays were planned and replanned around the final, partners were persuaded, logistics adjusted, buses booked, training motivations invented, beds vacated at ungodly hours, broken bits strapped, injuries ignored - and run on - hearts were ran out and voices lost in support of team mates. The majority of this serious endeavour was undertaken by our amazing club captain, Jon Cross.

But he will tell you it was a team effort. It certainly was when over eighty were recruited for the competition; things started to look interesting. Not that small a small club. But some courses were critical. There was little margin for error. One wrong code, one DNF...

Everyone counted, everyone played their part. But we can't name everyone and some counted more than others: there were class victories for running legends Gareth Bryan-Jones and extremely occasional orienteer Angela Mudge. There were no surprises when Lizzie Stansfield and Graham Gristwood secured full points. Although there was when Peter Molloy put FVO into the lead with his win. (More at FVO's performance than Peter's...) Then Nixon and Pinker, Bryan-Jones Junior and Trubinka showed their expected form with great seconds. The Deans did the business whilst Coustick ignored his bashed hand and postponed his hospital trip to top up the total. Jamie and Dave and Hugh rolled back the years and Daniel's legs managed to forget the battering they'd taken the day before at the FRA Relays. Ben and Roger and Janine and Cathy were as solid as everyone knew they would be, Fanni showed her Frankfurt form and Steve's brain caught up with his legs. Clare proved that Stansfield is the surname of choice for a top orienteer, Jamie had a stormer and Peter had the perfect début with the final points scoring position.

Roger, our club president got quite emotional, "I'm so, so proud of our club beating the orienteering power houses of SYO, BOK and Lakeland with so many amazing performances. And a massive thank you and congratulations to our awesome club captain. Every great team has a great manager."

It seems fair, then, that the last word should go to our esteemed captain, our Jose, our Sir Alex. He cajoled, persuaded, recruited and rerouted, brokered, bartered, motivated and showed to us that it mattered, (arise Sir) Jon Cross, "It is great to have a goal to aim for and even better to successfully hit that goal - it was fantastic to see how delighted everyone was to be part of our whole team commitment to make the effort and take on the bigger clubs, and how delighted they also were that it paid off just as we had hoped."

Although perhaps Lucy Hensman put it better, "We won! We Won! We WON!!"

Check out the photos here. Many thanks to Wendy Carlyle for these. 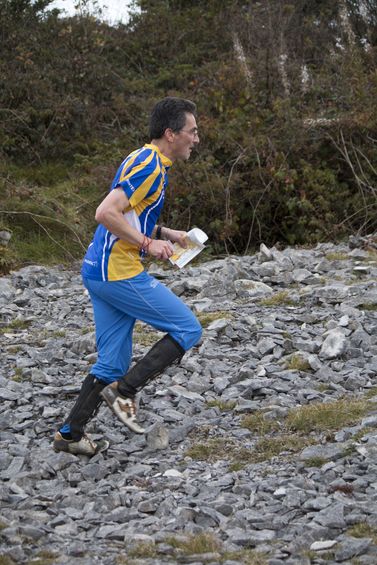 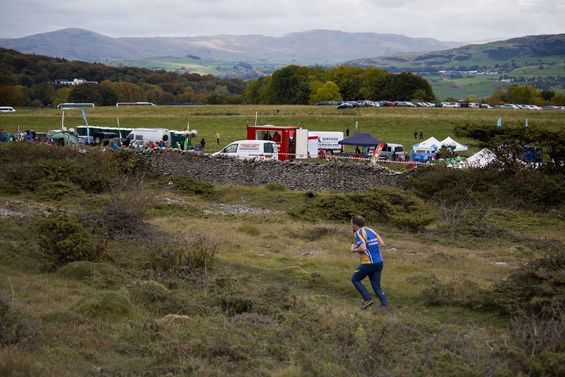