FVO has International Success at the World Champs

Grace Molloy (15) from Linlithgow has confirmed her position as one of the UK's top junior orienteers by winning the Scottish 6 days competition in the Highlands this summer.

Grace, who trains with the Scottish Junior Orienteering Squad, held off intense competition from international competitors as well as her UK rivals, maintaining a consistent performance across the week. She won 3 of the 6 races outright, including the toughest day in the steep dense forests of Glen Affric. The week-long competition took place in six different forests around Inverness, including the Earl of Moray's Darnaway estate next to the River Findhorn.

Grace's winning performance follows her success at the World Schools Championships held in Turkey in April, where she took the Gold medal in both the Long and Middle distance races.

The Scottish 6 days is a biannual international festival which attracts competitors from around the world. This year, it was organised in conjunction with the World Orienteering Championships where the top elite orienteers competed for the ultimate trophy. This year, Frenchman Thierry Gueorgiou won his fourth World Champion classic title at Glen Affric and the women's trophy was taken by Dane Ida Bobach.

Grace is a member of Forth Valley Orienteering club, which had three of its Stirling-based members competing in the World Championships: Graham Gristwood came in 18th for Great Britain, Marcus Pinker was 45th for Ireland and Fanni Gyurko was 31st in the women's race for Hungary.

Orienteering is a sport that combines map reading and running. Competitors have to find their way between a series of checkpoints, called controls, as quickly as possible. There's no set route between the controls, so you have to decide which way to go and then find your way there without getting lost.

If you would like to try orienteering, Forth Valley Orienteers are providing events and coaching for beginners throughout the autumn. The first events are at the Falkirk Wheel on 13th September and at Barr Wood near Denny on 4th October. Go to the FVO Event Page (fvo.org.uk) or contact Jen on 01506 843552 for more details. 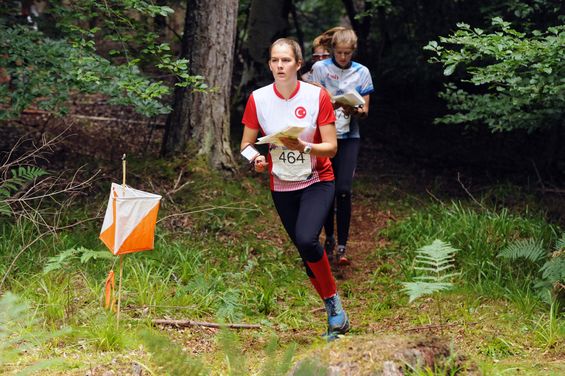