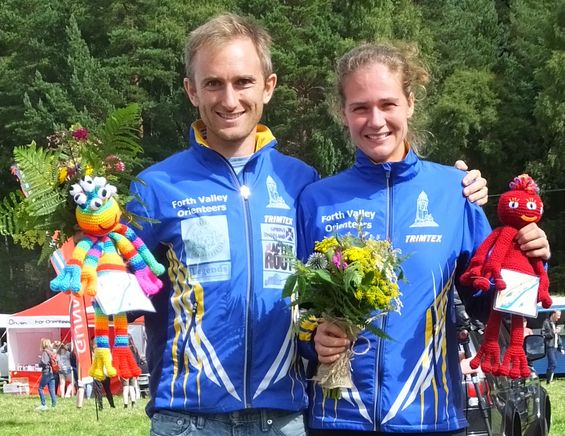 Gold medals for Graham Gristwood and Fanni Gyurkó in the elite World Ranking races were the highlight of another glittering day for FVO athletes, with 13 medals annexed.

GG had a less-than-ideal prep for the race, competing with honour in the World Mountain Running Championships on Sunday and then spending all of yesterday travelling, but he shrugged these challenges off, scoring a 90 second victory in 35.37 over France's Loic Marty. Mark Nixon was 6th, but remains in second place overall in the race for the title. Fanni took a grip of her race mid course, and stomed on to a finishing time of 33.40 to become the third different race winner of the event, and maintain pressure on the medal positions.

Grace Molloy carved out a crucial four minute gap on Fiona Bunn to win her second successive day in W18L, and although Fiona remains top of the classification, with the best four results from six counting, Grace can afford to dump her indifferent run from Sunday if she remains in form.

Martin Dean is getting the job done early in winning his third consecutive stage in M60S, this time in 42.59, while Steve Nicholson had another win in M45S, although having skipped the racing yesterday, he's back in 10th position overall. Finally, Lucile MacLeod showed she still has the quality as a Hyper Veteran by winning W75S by 6 1/2 minutes (62.55) to cement 2nd place in the classification.