Euro Bronze for Jones the Train 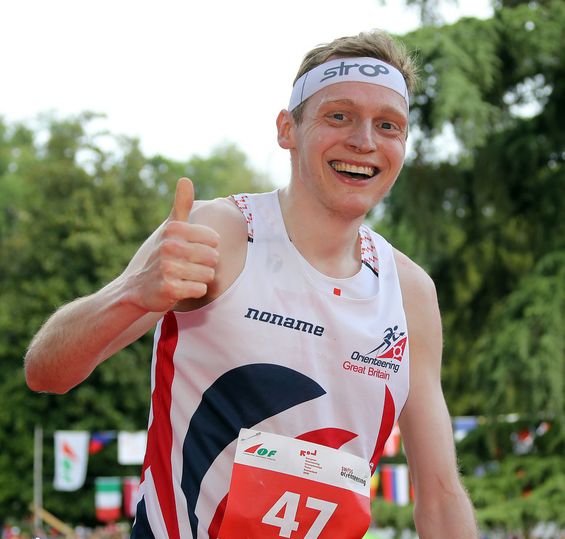 Forth Valley orienteering star Kris Jones won Britain's first mens medal in 16 years with bronze at the European Championship sprint in the Swiss canton of Tricino.

Jones first came to the world's attention with 4th place in the 2016 World Championships, but an injury on his GB track debut last summer brought an early end to his season, and, unable to run in ranking events, the Welshman saw his world ranking plummet to 184.

Euro Champs organisers dealt him a tough hand in qualifying, as he was placed in the same group as defending champion Daniel Hubmann and pre-race favourite Matthias Kyburz. However Jones produced flashes of brilliance in his run round the tight streets of Bellinzona to safely make it through to the final, 3rd fastest overall behind Swiss duo Hubmann and Kyburz.

The final moved athletes down the valley to Mendrisio, and Jones went off ninth from the end, chasing a lead of 15.27 set by Brlgium's Yannick Michiels. He was at first rather hesitant, and came to the first tv checkpoint in 22nd place. However, there was a dramatic change in fortunes from there, as Kris found his rhythm at last.

Quickest from that point on, he gobbled up the athletes in front of him with a series of inspired route choices, and returned to the arena in gold medal position, in a finishing time of 14.59. Hubmann started one minute behind in the time trial format, and quickly dislodged Jones from top spot. Sweden's Jonas Leandersson had a horrendous miss to drop from 4th and gaining to 9th and out, with only Kyburz left on the course, it became clear that Britain had secured the long-awaited return to the international podium.

Pushing hard, Kyburz could only match the 14.44 time of his countryman, and for the first time the European Championship gold medal was shared, but there was a rousing cheer from spectators as Jones stepped up to receive his bronze medal. He said afterwards "I'm really happy, but also really relieved to get over the hurdle of being nearly in the medals. I felt rushed and uncomfortable at the start of the race, but I managed to recompose myself on the long leg, and I was on top of it from there on in".

Respected analyst Jan Kobach, of the WorldofO website added "Jones was only one route choice away from being up there with Hubmann and Kyburz, and his overall speed was good enough for the victory. If he executes better early in the World Championships, he could be in with a real shot at the gold medal." 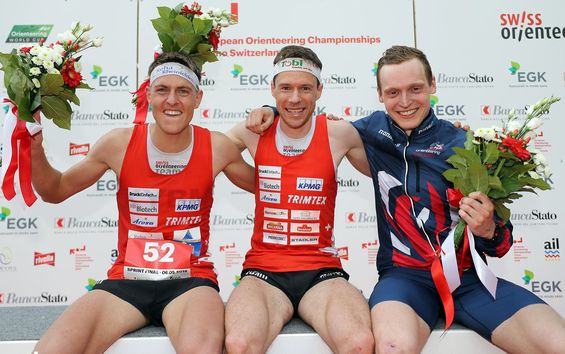