Pigs in the Park 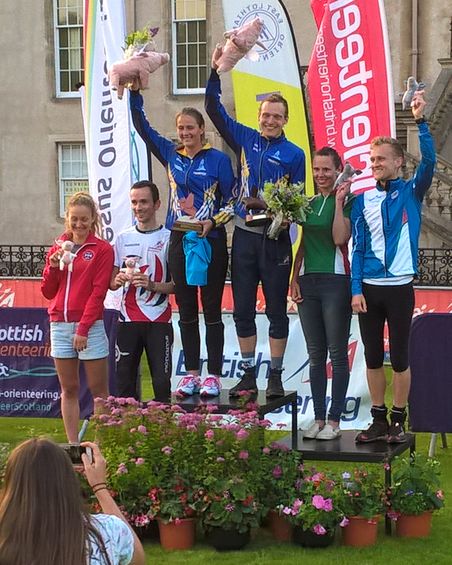 There was significant local success in the 2019 JOK Chasing Sprint at Callendar Park, with a number of Forth Valley-based athletes producing fine performances to get on the winners' rostrum and claim the coveted Flying Pig trophy.

The event was televised live by BBC Scotland's “The Adventure Show” and a field of over 200 athletes gathered for one of the highlight races in the national calendar.

The Open races both went to FVO athletes, as Kris Jones and Grace Molloy ran on in the latter stages of their events to claim top spot, Kris in 19.18, two seconds up on Peter Hodkinson and Grace in 17.24, four seconds ahead of Helen Bridle.

There was late drama in both races, as Kris moved from 3rd to 1st in the last 100 metres of the 3.7km final with a decisive kick, and Peter Hodkinson profited from a slip by Scott Fraser in the finish tunnel to nip into 2nd place while Grace emerged from the forest 30 seconds up on the field, and with the race seemingly in the bag, only to visit the wrong control site at the bridge, three from home, and see her lead slashed to a mere four seconds.

Janine Inman was first home in the Womens Vets race (22.51), but was pushed off the top of the podium by Helen Bridle, who, although she was running in the Open class, remained eligible for the Veterans prize. Rona Molloy was 2nd in the Vets race (23.55), and filled out the podium.

Gary Longhurst got his race tactics just right on the night, as he claimed 2nd place in the Mens SuperVet class (24.14), having gone into the race as the 7th-fastest qualifier out of eight. Fiona Hendrie ran on in the Womens SuperVet race, moving from 5th-quickest qualifier to 3rd in the final (20.02).

Peter Molloy topped the podium in the Junior Mens race, but not without a big scare, as the chasing pack snaffled up his one minute lead as the race entered the forest, and Peter had to get the wheels on to take the win in 19.24, with a quick run-in. 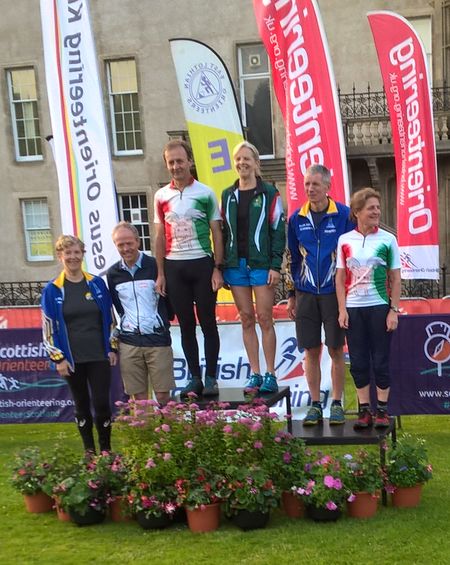 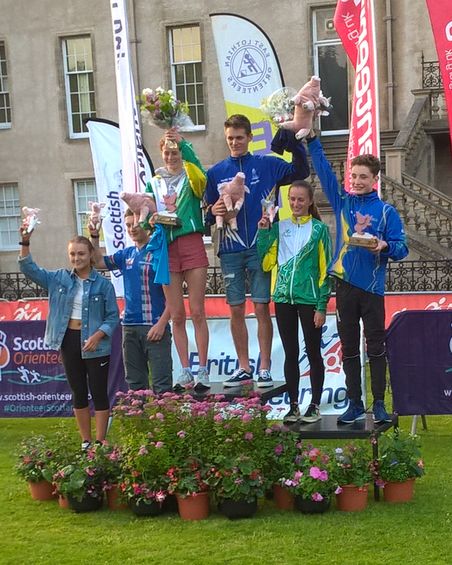 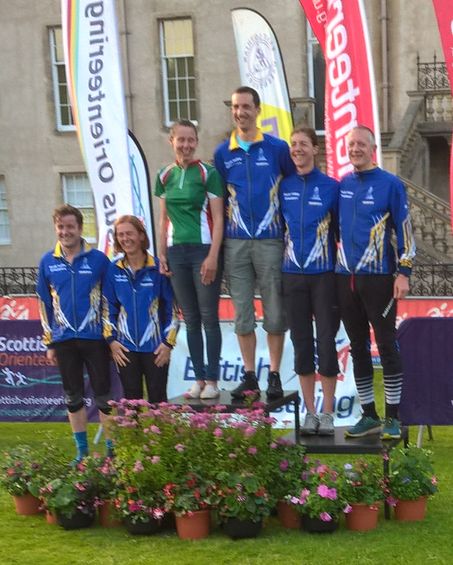