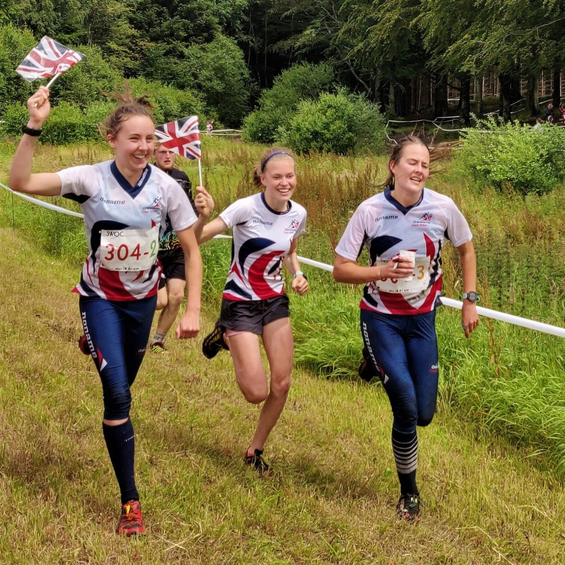 Forth Valley orienteering star Grace Molloy smashed her way onto the world stage with three medals, including an unprecedented Gold at the 2019 Junior World Championships in Denmark.

Competing in her third championships, for athletes under the age of 20, Grace had taken preparations for this year's event very seriously, delaying the start of her studies at the University of Oxford by a year, and spending the winter in warm-weather practice in Australia. In an event traditionally dominated by athletes from Scandinavia, however, her goal was to achieve a top ten finish in one of the races. Indeed, in the 29 previous championships, Great Britain had only managed one medal, and that a bronze 15 years ago.

The first race was over the sprint distance in Aarhus, and Grace started into the race quite tentatively. A 20 second mistake on the first control, where she ran on the wrong side of a hedge, cost her valuable seconds, and she was only in mid-table at the first radio control. However, an excellent back half, highlighted by a quite stunning route choice on the long leg from 13 to 14, put her right up in medal contention.

Next up was the Long distance race, over 6.5km on the hills of Velling-Snabegaard. Once again Grace was slow out of the blocks, as she adapted to the terrain, and was 28th at the first checkpoint. A forked route in mid-course split the athlete up on different routes, but on leaving the forks, it was clear that Grace had injected some pace to her run, as she sped past 2018 bronze medallist Tereza Janoslikova, who started two minutes ahead, and she maintained her steady form to finish in 54.17, 32 seconds behind race winner Ida Haapala (Finland).

Grace said afterwards “It was the best long race of my life, I gave everything and struggled up the final hill but couldn't be happier with the result. I didn't pay any attention to the race order, and didn't realise it was Janoslikova who I caught, but it's a big scalp to take in a big race".

The event closer was the forest relay at Thorso Bakker, and hopes were high within the team camp after last year's 4th place finish of a good showing this time. Grace was joined by Thames Valley's Fiona Bunn, who won silver in the middle distance on the previous day, and Inverness speedster Megan Keith, in her JWOC debut.

Megan kept tight to the front of the pack, and handed over in 4th place after a strong finish, just 21 seconds off the race lead. Fiona hit the front early on, and was always in the top two on the middle leg, but a small error on the 15th leg increased the gap to the leaders, Russia, to a minute.

Grace opted for the left path route on the first major decision of the final leg, but but a poor execution saw her caught by the 3rd placed Swedish athlete. However, the Swede made a positional error on the next leg, and was promptly dropped again.

Maintaining an even pace through the terrain, Grace was surprised to see the Russian race leader, Viktoria Kalinina arrive at the 11th control at the same time, but from the opposite direction, and already showing signs of fatigue.

Taking the lead at this point, Grace re-entered the spectator area for the first time with a 10 second advantage, to the roars of the large British crowd. With no decision-making required in the final stages of major international races, it was a straight foot-race at the front, and Kalinina was unable to find any extra pace to challenge in the closing minutes, allowing Grace to emerge from the forest with a 14 second winning margin.

Post-race, Grace commented “This is the culmination of a dream. Ever since I got my first GB callup at 15, the goal was always to be in a position one day to win a major championship medal. I'm surprised the Russian girl didn't just put the foot down to catch me, as I was in sight pretty much the whole time, but the longer the race went on, and the longer she didn't challenge me, I was getting more and more aware that she had nothing left in the tank. I'll remember this day for a long time”.

"Wee" brother Pete also marked his debut at JWOC with a strong performance in the Long, and many lessons learnt for his undoubted return. Proud parents Rona and Jonathan were present to support and cheer both their talented offspring - and thanks to them for their photographs, all of which can be perused in the website gallery. 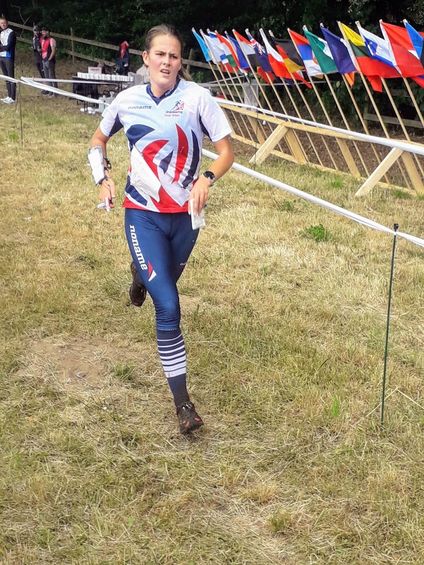 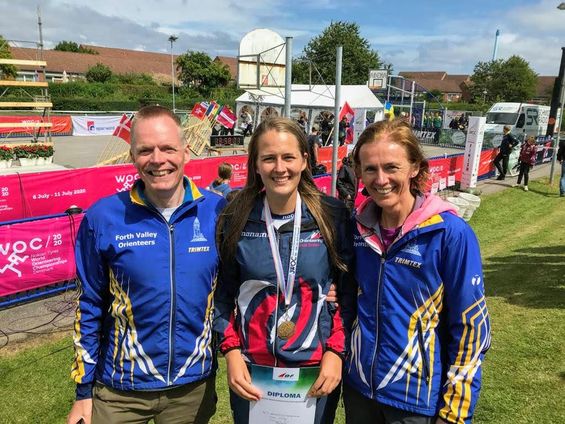 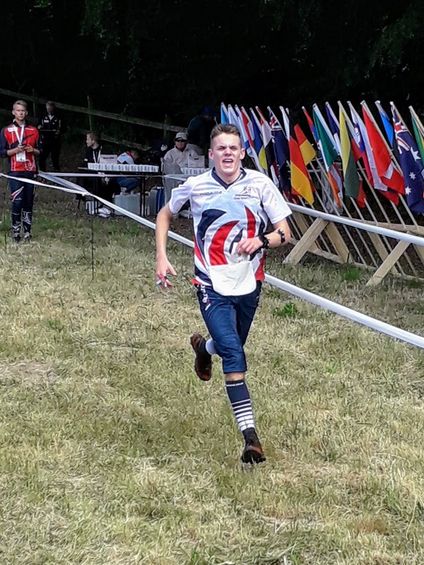 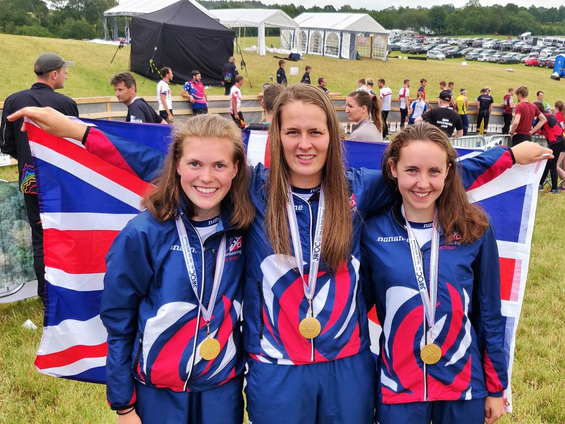