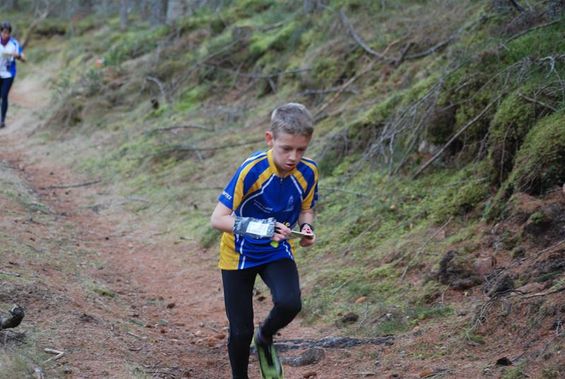 Following up from our fine efforts in the forest at the Scottish Championships, there was more success as one of our junior stars was this week honoured with one of the biggest prizes in the sport.

James Hammond was named as Tulloch Homes Scottish Young Orienteer of the Year for his efforts in helping to develop the sport locally.

James shared the award with Inverness Orienteers' Oscar Shepherd after the judges were unable to separate the pair. As well as being a talented athlete in his own right, with medals in all the major championships of 2019, James has played a leading role in organising events on the local calendar.

Each year, Forth Valley Orienteers stage races as part of World Orienteering Day, and James stepped up as organiser for the event at Muiravonside when the original organiser, his dad Paul, was called away on business, placing the control points and acting as the day co-ordinator. James and Paul also organised an event in Fallin, with James test-running many of the course legs.

He has also acted as a principal point of contact for the sport at Linlithgow Academy, recruiting several other youngsters into the sport ahead of the Scottish Schools Championships in June, and acting as an informal coach to the group.

FVO president Trevor Hoey said "James is one of our brightest young stars, and it's very pleasing to see him put something back into the sport at such a tender age. We rely on volunteers to put on the 50+ events that we stage every year, and James has played a majore role in our success this year on this front".