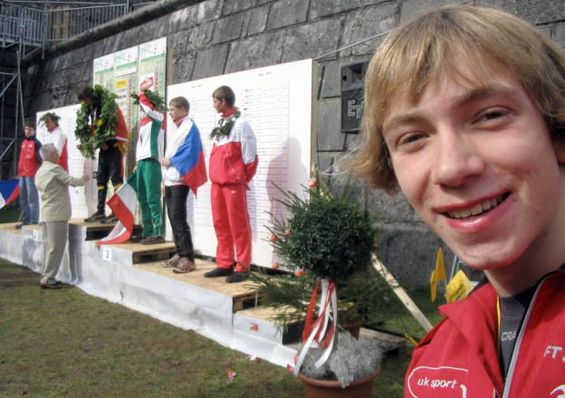 First of all to Jamie Stevenson and Abi Longhurst for representing GBR at the European Youth Championships in Switzerland at the weekend. Abi 27th and Jamie 38th in the long distance, and a great run from Jamie in the sprint - 7th place!! What a great experience for them both - not to mention all that flashy new Great Britain kit they have come home with!

First of all to Jamie Stevenson and Abi Longhurst for representing GBR at the European Youth Championships in Switzerland at the weekend. Abi 27th and Jamie 38th in the long distance, and a great run from Jamie in the sprint - 7th place!! What a great experience for them both - not to mention all that flashy new Great Britain kit they have come home with!

The competitions, over three days, began with the Classic Distance. In M16 Jamie Stevenson placed 38th and in W18 Hazel Wright placed 37th. In W16 Kirsty Coombs placed 41st whilst it was Abi Longhurst who coped best of the young Scots with a solid 27th place. In the European Junior Match Doug Tullie (M20) placed 20th whilst Hollie Orr (W20) achieved a solid performance in 12th place. No athlete was entirely satisfied with their run but it gave them real insight into what is required of them to reach the top on a World stage – and there were still 2 competitions to go!

In the Relay the following day, Abi Longhurst learnt a lot about dealing with the pressures of 1st leg in a major relay but that’s why she was there. Abi handed over to Kirsty Coombs who had a good run and was able to climb 7 places with the team eventually finishing in 16th place. Jamie Stevenson ran second leg in the M18s class – a step up for him. Kris Jones put real pressure on Jamie by coming back with the lead pack in 4th place! Jamie coped well with a tough 10k course and posted a very solid time handing over to a Finish athlete to finish in an unofficial 13th place out of 33 teams. In the Junior Match the 20s were also running against 21 Elites as this was the Swiss National Relay Championships. Hazel Wright ran up for the 20s on their first leg and Hollie Orr brought the team home as anchor in 5th place in the Junior Cup. In the men, Doug Tullie ran well on 1st leg and came back within sight of the leading Swiss teams to give his fellow team members a chance – this ended in a sprint finish on the final leg where Great Britain gained the Silver medal in the Junior Match and 4th place overall in the Swiss Relay Champs – an excellent result!

On the final day it was the Sprint competition. Great Britain saw its first ever Gold medal at these Championships when Kris Jones of Wales won the M18 class with a large margin (12 seconds)! In W16 Kirsty Coombs placed 58th and Abi Longhurst 73rd. In the Junior Match, Doug and Hollie had strong performances to finish in 17th and 19th place. But best Scottish performance of the day came from the young Jamie Stevenson. Having being out of the limelight all weekend due to outstanding performances from other team members, it was Jamie’s turn to hit the spotlight with Scotland’s best result of the weekend. In the M16 class Jamie raced strongly round the old town of Solothurn. He unfortunately took a fall on a slippery pavement rounding a corner on his way to control 15, losing him valuable seconds. Despite this he kicked for home and was cheered in by a large British crowd desperately shouting for him as he was seconds off the medals, but it was a near miss on this occasion as Jamie finished in a fantastic 7th place (7th in the European Champs!), just 1 second off the podium and 2 seconds off 5th.

The competition proved to be a real eye-opener for our 16s – the first time ever GBR have thought to expose the youngsters to this international competition. All came home with some invaluable experiences and we look forward to them returning to the World stage next year seeking better results and more success. 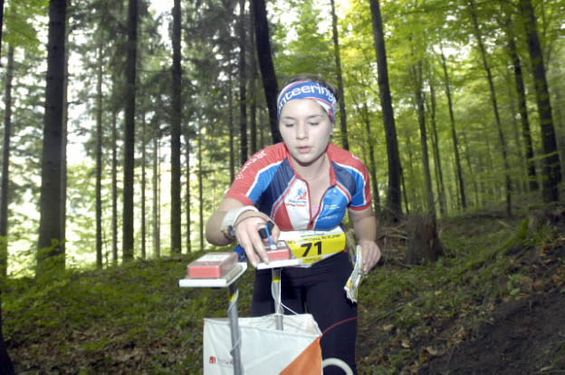