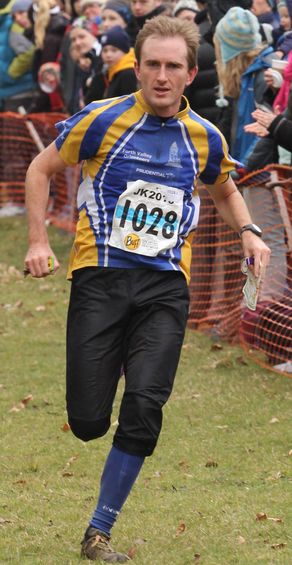 Graham Gristwood was once again the top orienteer in the UK, holding the number one ranking for the entire year and winning the British Night, British Long and JK Middle titles, as well as the elite class at the Compass Sport Cup final. Hazel Dean topped the rankings in W50, thanks in no small measure to wins in both the Scottish Championships (day and night). And Grace Molloy was the top athlete in W16, with 14 wins in 21 starts, including titles at both Scottish and British Championships, as well as the JK Festival.

In the M21 Class, Kris Jones occupied 2nd place for much of the season before a "run-of-a-generation" performance from former Swansea Bay clubmate Ben Mitchell pushed the Welshman into 3rd place. Mark Nixon was 9th and Jamie Stevenson 20th. In M20, Dan Stansfield claimed 11th place overall, while Ben Parkinson was 9th in M16, and Will Hensman and Ross McLennan were 2nd and 19th respectively in M35. In M40, Marcus Pinker was 2nd, Roger Goddard 5th and David Godfree 6th, and in M45, Ben Stansfield wass 6th, Jon Cross 10th and Jason Inman 14th.

The club was no less successful in the womens classes, as Clare Stansfield was 5th in W18, Rachel Hendrie 18th in W20 and Janine Inman 3rd in W35. In W21, Fanni Gyurko was 5th and Anastasia Trubkina 7th, while the W40 class had Beccy Osborn in 15th place and in W45, Jen Leonard was 12th and Cathy Tilbrook was 20th. Finally, in W75, Lucile MacLeod was 15th overall.