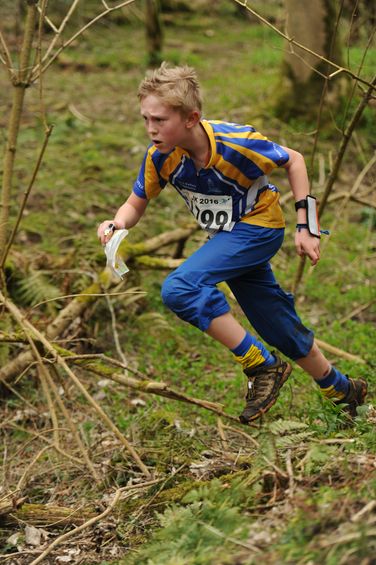 Congratulations to everyone who ran at this weekend's JK for FVO. We had nearly 50 runners at the races across the weekend, which was a great turnout, and there are many tales of success to report, along with some bad luck and (for Sunday's late starters) survival of some of the worst conditions that anyone who endured them can remember.

Overall, FVO was very successful with some outstanding performances. We had four winners of JK Sprint titles (Kris Jones, on his debut for the club, Will Hensman, Lizzie Stansfield and Grace Molloy), and many strong performances on some interesting multi-level terrain in Leeds. Over the weekend, four JK overall titles were won by Will, Jamie Goddard, Marcus Pinker and Janine Inman. Not everyone survived Sunday's long courses and tough weather, but it was certainly memorable. Hopefully Kris' ankle and everyone's battered and bruised limbs will recover swiftly.

Amongst all of the above, there were many fantastic performances. Marcus' huge winning margin in M40, Grace becoming the youngest ever member of a winning team in the JK Trophy, and Will's clean sweep of 3 titles perhaps stand out. The enthusiasm to the end of our juniors and the fantastic support from the whole club to the relay teams were outstanding.

Huge thanks are due once again to Jon Cross for co-ordinating the relay teams and somehow finding time to deliver excellent performances himself. Jon has already been in touch about the British Relays, and will soon be inviting people to run for FVO in the Scottish Championships relays in May. Everyone is very welcome to run in these races - we hope that many of our runners and relay teams will once again win British and Scottish titles, but also that we will have large turnouts of runners of all abilities. Anyone who is new to these large events is especially welcome - just ask if you would like to find out more.

FVO's next event is on Wednesday 20th April at Barrwood; in the meantime there are urban and Scottish League events coming up, and other clubs have small evening events too, so there are plenty of opportunities to enjoy spring conditions (see http://www.scottish-orienteering.org/soa/category/fixtures-events and follow the link highlighted in red for the smaller events).