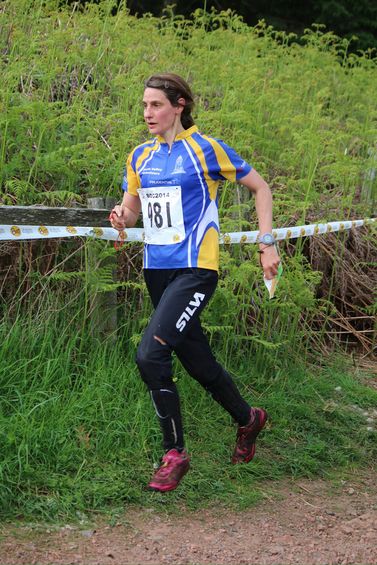 Hazel on the run in

There were no fewer than 17 medals for FVO athletes on the opening day of the Scottish Six Days Orienteering Festival, on a great course at Glen Tanar, Aberdeenshire.

Hazel Dean won W50L by nearly six minutes in 52.32, ahead of Cecilia Bratt, of OK Orion (SWE). There were five other gold medals, all in short courses. Ewan Purves was best in M16B (44.25), and multiple club champion Steve Nicholson made a rare appearance at a major event to win M45S in 42.19.

Martin Dean continued his rehab from long-term injury to take the honours in M60, winning in 33.06, while Chris Wood had the most comprehensive victory of all athletes on the day, storming home in W70S in 30.11, to post a ten minute victory margin. Finally, Alistair Cantlay, having missed the entry cutoff for his age-group class, entered the Orange colour coded class, and was triumphant in 23.53 ahead of a host of more experienced runners.

A further 21 athletes managed top 10 positions, many in the elite classes to keep themselves in contention for honours at the end of the week. Tuesday's action moves one glen eastwards to Balfour on an area described by controller Rob Hickling as "well-contoured" with plenty of potential for control sites.