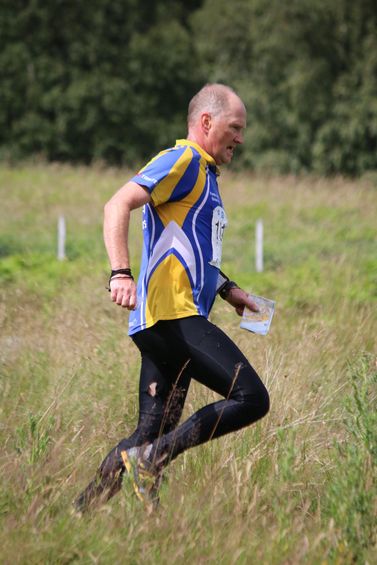 James Hammond and Chris Smithard “walked the walk” in claiming medals off their seeding positions at the British Sprint Championships in Bath.

James was 2nd in M12 (15.19) while Chris claimed bronze in men’s elite (13.42). There were top ten finishes for Roger Goddard, Paul Hammond, Jason Inman, Jon Cross and Rebecca Hammond, while Jenny Hammond completed a memorable day for the family by winning the W40 "B" race.

There was more success on day 2, as, despite a potentially-serious ankle injury sustained mid-race, Jason Inman captured the silver medal in M45 (33.06), equalling his best-ever finish in the event.

Roger Goddard claimed his sixth British Middle medal in eight years, this time a Bronze in M40, in a time of 39.06, and was joined on the podium by his apprentice, Jamie, who ran hard and clean for the M14 Bronze (23.46).