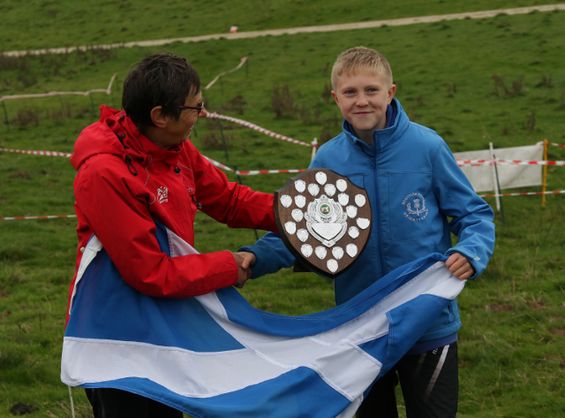 In the junior event, the three athletes from Forth Valley were prominent, as Lizzie Stansfield was 2nd in W16 (51.12) Scotland took maximum points from the class, and filled out four of the top five places in a major show of points denial. Peter Molloy was 3rd in M16 (42.33), and Jamie Goddard managed 5th place in M14 (44.22).

With a healthy overnight lead, Scotland were then first past the post in both mens and womens relays to retain the trophy they last lost in 2011.

The Veteran team was short-handed from the outset, missing both an M60 and a W50 athlete from the start list while FVO's Roger Goddard was also absent injured.

Likewise, in the second day relays, all of the FVO contingent were up there on their individual legs. Ben Stansfield had the fastest split on the middle leg of the WMW relay (30.50), and Fraser Purves was 6th quickest (34.10).

Marcus Pinker pulled his Ireland team out of the mire with a fast closing leg in MWM (32.30), recording the 2nd fastest split, while Hazel Dean and Will Hensman were on the 5th quickest team of the day, with Hazel 5th on the middle leg (36.30) and Will going one better on the closer (35.57).