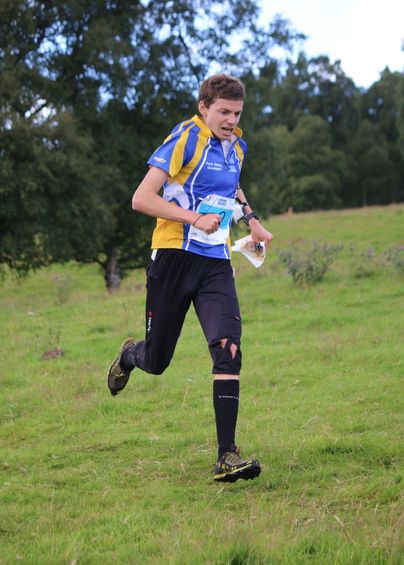 It was a day of glory for Chris Smithard, as the FVO athlete won his first Jan Kjellstrom Festival title with victory in the Long distance race at Cold Ash, Berkshire.

Better known as a sprinter, Chris had disappointment in his preferred discipline on Friday, as he was disqualified for a mispunch. However, he turned in the performance of a lifetime over the 18km Long course to take the win in 94.47, and with it the overall JK Mens Elite title, by a seven second margin from Peter Bray (Southern Navigators).

There were eight Long distance medals for FVO athletes on the last day of individual competition, with the same number getting on the overall podium in their class.

Grace Molloy won the W20E race in 50.12. in the fastest average time of any female athlete on the day, to seal her first overall JK title since she was a W12. There were wins also for Clare Stansfield (W20S - 27.54) and Fiona Hendrie (W55S - 39.38). which wrapped up the series titles in both classes.

Roger Goddard won another Silver medal in M45L (68.46), the 35th major honour of a medal-studded career, which added up to the overall Silver medal, while in the 18E classes, both Pete Molloy and Lizzie Stansfield took overall Bronze, with Pete also adding the Long stage Bronze (77.26), while Lizzie was 4th on the stage (60.56).