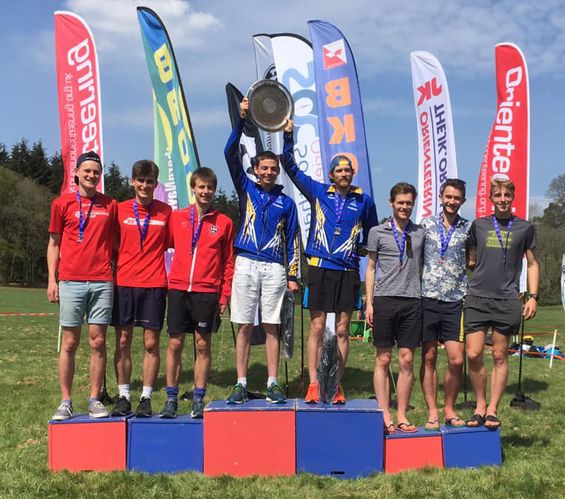 Forth Valley Orienteers closed out the 2019 Jan Kjellstrom International Festival with another three sets of medals in the relay competition.

Pride of place went to the Mens Elite team of Mark Nixon, Chris Smithard and Graham Gristwood, who won the JK Trophy for the third time in the last four years. They faced stiff competition from Edinburgh University and Octavian Droobers, but Graham managed to reverse a 90 second deficit on the final leg, getting round in 27 minutes to establish a 30 second winning margin.

There were silver medals for the M120+ team of Roger Goddard, Ben Stansfield and Jegor Kostylev, and the M48- team of Jamie Goddard, James Hammond and Pete Molloy, while the Womens Elite team, comprised of three junior athletes, Grace Molloy, Clare Stansfield and Lizzie Stansfield were very close to the medals in the Womens Trophy, eventually finishing 5th, with Lizzie in fact leading the race at one point.

A more complete report will be available once results for all races are published.