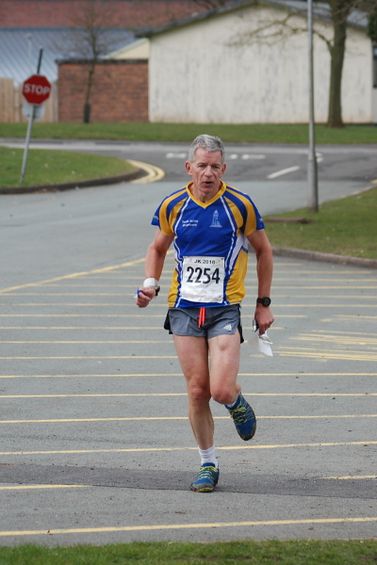 A group of six FVO athletes were in Latvia for the World Masters Championships, and performed with distinction against the cream of the world's veterans, with several top 20 placings.

First up was the qualification race in the sprint, and four athletes made the 'A' finals in their age group. Best placed were Gary Longhurst (M60) and Roger Goddard (M45), who both came 6th, while Dave Coustick was 10th in M70 and Jon Cross 11th in M50. Helen Barker was 32rd in W55, and was placed in the 'B' final, while Hugo Barker was 53rd in M55, and went off in the 'C' final.

However, the final was a chaotic affair, as the courses were voided after a key access point on the course, which was marked on the map as runnable proved to be inaccessible on the day of rhe race. On the courses “as-run”, Gary Longhurst was 12th in M60A (11.00), with Roger Goddard 17th in M45A (13.01).

Qualification for the forest disciplines was done over the course of one race, counting for both Middle and Long places, and Dave Coustick was 8th in M70 (48.24), with Jon Cross 9th in M50 (45.46). A five minute error for Roger Goddard in M45 meant that he had to run hard to qualify for the 'A' races, which he managed with a late burst (50.00).

A serious error from Dave Coustick in the Middle final cost him a lot of time, and he dropped out of contention early on, but Roger Goddard and Jon Cross were in better form, Roger moving up through the field to take 20th place (28.52) and Jon maintaining his consistency on the week with 21st place (30.53), two seconds off a top 20 place.

Roger was best placed too of the FVO athletes in the week's final action, the Long final, as he ran on for 16th place (65.30), while Gary Longhurst bookended his week with 8th place in the M60 final, albeit in the 'C' race after an indifferent qualifier.

There was also a full programme of “Public” races for athletes not age-qualified to run in the main championships, and Duncan Barker took a pair of 1st place finishes on course 5 in the sprint races, with Fergus Barker also winning the first sprint race on course 4. Chris Smithard made a late appearance for the three forest races, and, racing on the same course as the M21 elilte athletes on open course 1, won each of the three races in times superior to the M21E winner, which gave him overall 2nd place in the class standings, despite being two races short in the five race count.