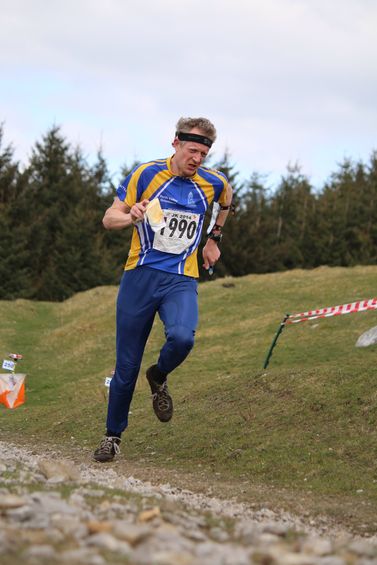 A number of FVO athletes were well placed in the UK Orienteering League races run as part of the 2019 Sprint Scotland Festival, in Bo'ness, after some frantic navigation around the streets of the town.

Roger Goddard took the spoils in the Veteran Mens class (63.24), with Will Hensman 3rd (65.11),. despite a six minute error in the first leg, when he accidently collected the wrong map.

Heather Fellbaum had her first win in FVO colours after her recent move from Manchester, with victory in the Veteran Womens class, which was all the more notable in that she was running up a class. Rebecca Hammond won all three races in the Young Junior Womens class, and James Hammond was top in Junior Men.

Norwegian athletes took both Elite titles, as sprint specialist Trond Einar Moen Pedersli emerged victorious in an aggregate time of 43.03, with wins on both the first stage, at Kinneil and the finale in Bo'ness Newtown. Belgium's Yannick Michiels was 30 seconds behind, with top spot in the 2nd race at Grahamsdyke, and Sasha Chepelin (Edinburgh University) was the best of the British athletes, in 3rd place, a further 21 seconds behind.

The womens class was extremely close throughout the weekend, and Anine Lom came through for her first-ever wins in a World Ranking event in 46.57. New Zealand's Laura Robertson had a real chance of taking the title after an excellent run in the 2nd leg, but could only match Lom's 3rd leg time of 14.37, and finished a mere five seconds behind in the classification. Fiona Bunn (Thames Valley) was in close attendance in all three stages, with a trio of 3rd place finishes, and was one second behind the New Zealander.