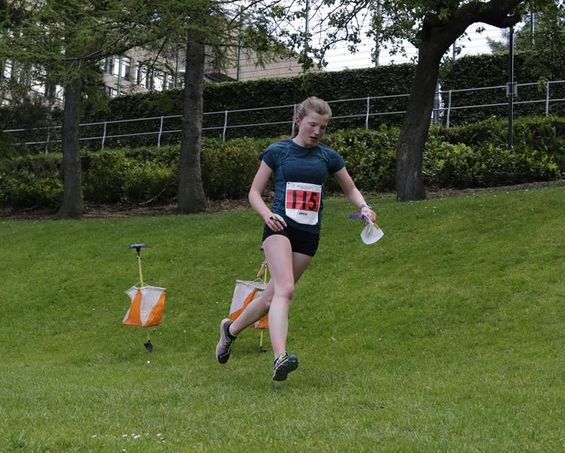 FVO's junior athletes were to the fore as the club won four medals on the first day of the British Championships, in the Mixed Sprint Relays at Bradford University.

The three year reign of FVO Flyers as British Mixed Sprint Relay champions is at an end, but not without a massive fight, as a youthful team of Lizzie Stansfield, Chris Smithard, Pete Molloy and Grace Molloy was second to Edinburgh University in the Open race, in a time of 64.07. The highlight of the race from an FVO perspective was perhaps Lizzie returning on the 1st leg ahead of GB sprinter Charlotte Ward.

There was an unexpected but welcome silver medal from another young team in the Ad-Hoc race, as James Hammond and Stan Flint teamed up with Maya Hampshire Wright (Northern Navigators) to post a time of 46.34, with James taking the scalp of another GB sprinter, Kirstin Maxwell , on the opening leg.

The youthful theme continued, as the Under 16 team of Jamie Goddard, Lucy Hensman and Pierre Lardet scooped the bronze medal in their competition, finishing in 45.19.

The fourth medal came in the Vets race, where FVO had four teams entered, and Will Hensman, Rona Molloy and Roger Goddard came in 55 seconds up on Ben Stansfield, Kirsty Bryan-Jones and Jon Cross to take the bronze medal.